After a couple of weeks in which I encountered some sadness and angst regularly -- on and off the zafu --my internal weather shifted dramatically.

In the past week,  I have experienced many moments of bliss and wonder amidst the ever-changeable changing of the season here in Western Massachusetts. The external weather wasn't the primary cause of the shift.  It's been all over the place. We cruised through getting drenched and cold, then an 80 degree day, then more rain and an overnight in the lower 40's.

Yet, again and again, here it was: a sense of Boundless Amazement permeated my experience.  As I opened to the Gracious Spaciousness of Mindful Awareness and allowed my thoughts to wander off into the infinite Space and Stillness, it was obvious to me that you don't have to die to go the Heaven.  This is the Pure Land.  It dances and sings to us, vividly, in the silent contentment of our hearts.

As is often the case,  a walk in the country made it relatively easy.

It happened  a couple of days ago as I walked to the bus.  I was awestruck.  The clouds and sky and hay fields and ridges made the words "white" and "blue" and "golden"and "green"  woefully inadequate.  As Jesus and Lao Tsu and Walt Whitman and a host of other seers and saints recognized: Mother Nature rocks!

Getting Out of Your Head

When we come to our senses beyond the constraint of the thoughts running through our minds,  and really pay attention the lilies of the field, or the valley spirit, or the leaves of grass, the Ineffable Presence emerges.  Although I can sometimes wax poetic about clouds and sky and hay fields and ridges (e.g. "multicolored dancing", "vividly deep crystalline", "shimmering", "muted softly into grey green by the heavy breath of summer", etc.),  it is quite clear to me as I sit here at the keyboard: words can only hint at, not capture, the majestic and mysterious Essence of Life as it flows through the eternity of such moments.

Life, as it is, is nothing short of a Holy Miracle.

Yet,  you don't have to be outdoors surrounded by the majesty of Mother Nature to sense the inherent Sacredness of Life.  With Practice, is gets clearer that the same Presence flows through each and every moment -- wherever you happen to be.
(READ MORE)
Read more »
Posted by Lance Smith at 6:18 AM 2 comments:

"The moment we give rise to the desire for all beings to be happy and at peace, the energy of love arises in our minds, and all our feelings, perceptions, mental formations, and consciousness is permeated by love: in fact, they become love."
-- Thich Nhat Hanh, Teachings on Love 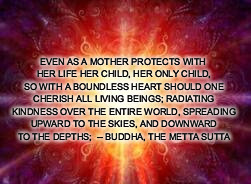 We have it on good authority.  Jesus and Buddha, as well as many of the myriad seers, sages and saints of the world's religions seem to agree with the Hippies -- and the Beatles.  In the final analysis: All you need is Love.

So, what's the problem? Why are so many folks suffering and why does the world appear to be going to hell in the proverbial hand basket?

First of all, what many folks have learned to believe is love, the terrain of much music and Hollywood Movies -- isn't love.  Instead, what is presented as love is actually a form of desire, energetic attraction, and attachment.  This "love" has a lot more to do with fulfilling one's own ego needs for sex, security, status, and self-esteem than the quality of consciousness that emerges from what my favorite Buddhist Teacher Pema Chodron calls an Awakened Heart.

Love is not the profound passionate grasping of deep attachment. True Love is much grander than that. (It's pretty clear that "I love you so much that I'll kill anyone who looks at you, then you, then myself." is not exactly what JC, Buddha and others had in mind when they spoke of love, right?)

True Love emerges, and is essentially inseparable from, Pure Being, the One Love that exists beyond the illusion of separation that characterizes the realm of relative reality.  Flowing from and returning to our Essential Oneness, True Love is our Heart's capacity for fundamental kindness, compassion, joy, and clarity.  It is there, always,  in our heart of hearts.  Our innate ability to access True Love is the Ultimate Connectivity.

Unlike the common contemporary understanding that views love as something that someone just "falls into",  in the Buddhist tradition, human love is seen as a quality of heart, a mode of consciousness can be consciously cultivated.  Although, we may stumble into glimpses of Oneness through an intimate connection to "Otherness" in a romantic relationship -- especially in its initial honeymoon phase -- True Love is vaster than that.  It emerges from a fundamental choice to embrace Life itself, to let go of who we think we are and open our hearts and minds to the actual experience of the present moment.

Although this can happen with the very next breath, the process of actually becoming a loving person generally doesn't just happen.  It is a Practice.  (Erich Fromm characterized it as an art in his classic work, The Art of Loving.) True Love takes commitment, time, and effort.  Like any discipline, it takes effort, understanding -- and patience.  I hope to still be Practicing with my final breath.
READ MORE 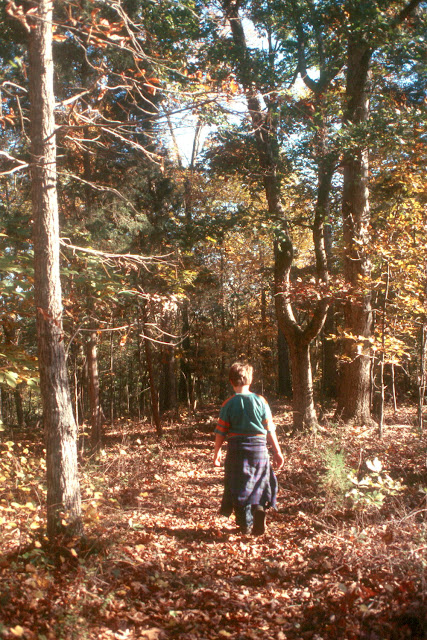 After sharing a few words about the various forms of meditation (it's not Just Sitting after all), I introduced the South Asian "slow motion" walking meditation as I had learned it when I was in residence at Insight Meditation Society years ago.  Then we took a stroll across the glistening wooden floors of the studio at Community Yoga from one wall to the other, turned, and returned.

In a couple of instances, I had the privilege of seeing a childlike sense of wonder emerge in a person who had just experienced, at least for a moment or two, "Beginner's Mind."

Meeting their eyes, it was obvious.  During the course of this relatively brief walk, they had been Present to Life in a fuller and more complete way than usual.


The spiritual teacher George Gurdjieff claimed that most humans are "sleepwalking" through their lives.  I think he nailed it.  Sleepwalking is a perfect metaphor for the semi-conscious manner in which most of us have learned to move through our lives.

In a materialistic society that stresses speed, production, and the accumulation of goods and status, we have been conditioned to scurry and stagger ahead without being fully aware of our bodies in the present moment.  Distracted, lost in our thoughts much of the time, the miraculous sea of sensations and energies that constitute Life each moment remain beneath the level of consciousness.

"What we expect is to be truthful; to be kind; to try to share; to try to love one another. Some folks don’t recognize that as a discipline: They say, "Oh, that old stuff…." And it may not sound too difficult, unless you’ve ever tried it. But if you ever try it,
you’ll know it’s an exacting discipline."
--Stephan Gaskin, This Season's People 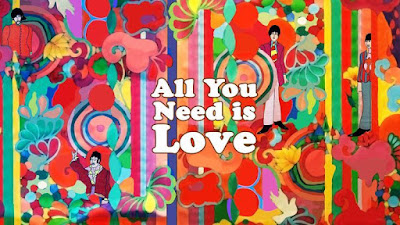 The only time I saw a somewhat severe Burmese Buddhist meditation master break into a belly laugh was when he raised his hand to his head and pointed out that Westerners believe that their mind is in their heads.  The entire crew of monks sitting behind him on stage also dissolved into laughter.

After a few moments, regaining his composure, he then raised his hand to his heart and continued.  Although I don't remember the exact words his interpreter used, the point was obvious.   The Truth of Who We Are resides in our Heart.

That certainly resonated with my own understanding.  Jesus, Buddha -- and the Beatles -- had it right.  It's all a matter of Heart.   Love is all you need.  It's just that simple.  But it ain't easy.  Staying connected with our Heart, being truely kind and compassionate is, like the Stephan Gaskin pointed out years ago, an exacting discipline.

In 1976, I learned from my first Zen teacher that heart, mind, and spirit are actually the same word in Japanese. Derived from a Chinese character, the word shin makes no distinction between these three realms of existence.  Our bodies, our minds, and our spirit are a seamless whole.  They are seen as inseparable.

Conditioned as we are in society on materialistic overdrive, it sure doesn't feel that way for most of us much of the time, right? That's what led me to meditation. Following a deep yearning in my heart of hearts, I was intent on "getting it together"to live a life of Integrity.

This process began, and continues on, with the commitment to spend time carefully observing how heart/mind/spirit actually operates within my own experience, to discover the ways that my conditioning operates to separate me from my own heart, from others, and from the exquisite intricate Web of Life.

With Practice, both on and off the zafu, I began to get a handle on how to slowly and gently become the person that, in my heart of hearts,  I yearned to be.

Then, at a certain point in meditation at Zen Mountain Monastery years ago, I realized that I actually AM the person I wish to be--and always have been!  At that moment, in a torrent of tears, I knew that with all my flaws, with my abundant neuroses and conditioned patterns,  that I was absolutely perfect as is--and so is everybody else!

What an absolute Hoot!

Of course, as Zen Master Suzuki-roshi once said:  “Each of you is perfect the way you are ... and you can use a little improvement.”  In fact, the major question that propelled Eihei Dogen, the founder of the Soto School of Zen, to leave Japan and seek a teacher in China seems to have been, basically,
(READ MORE)