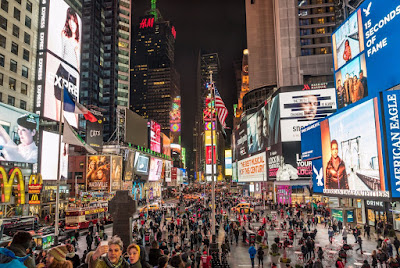 As someone who is approaching my 74th birthday, I grin when I find myself sometimes talking about "the good old days."

As a teen, I used to roll my eyes whenever Dad proclaimed that what folks called "progress" had distinct problems.

Now, decades later, I get it.  As Bob Dylan once sang, "Ah, but I was so much older then.  I'm younger than that now."

As I glance at the cellphone sitting alongside the keyboard and notice that I'm currently sitting here with 6 tabs of information on this browser awaiting my beck and call (quotes, pictures, wikepedia, dictionary, email, blogger), I am quite aware that there is something deeply unsettling about the nature of "life as we know it" on planet earth today -- at least here in 21st century America.  Having compared notes with other geezers, it seems there is a consensus: The rat race has only gotten worse.

Although, I can't speak about how it may feel in other parts of the world today, I do remember having a conversation with an immigrant from Vietnam years ago, a co-worker in a spiffy New Age natural foods restaurant, bakery, retail store complex in Madison, WI.  As we sat in the alley out back (with one eye out for the manager), he lamented that the entire pace of life in the U.S. was unhealthy, uncivilized and inhumane.  He had come to believe that the entire fabric of life in his homeland, Communist or not, was better than what he and his family was experiencing in the US.  He was making plans to go home.

That was before everyone had a PC, a cell phone, and a gazzillion cable channels to choose from.  Back then, I still had the time to sigh and stretch out when I got home from work, reach for the TV Guide, look through the listings, then get out of the chair to stroll across the room to change the channel.

It seems that most of are on remote control, bombarded with stimuli and activity, sped up and wired for action in most every waking moment --or thinking about it.  Even at rest, our minds are constantly on the move with a dizzying kaleidoscope of images and sounds and thoughts zipping through our awareness continuously.  Awash in constant stimulation, scurry, and noise, time seems to have collapsed -- leaving no time at all.

As mystics throughout the ages have proclaimed, at the core of Reality, there is Quiescence, a Vast, Profound Stillness.  It is an essential part of Our Being.  Although we can get swept up in the activity and constant sensory bombardment of today's world, I think it's important to remember that even the OmniProductive God of the Old Testament, working hard enough to create the entire Universe in only six days, then took a day off  --and proclaimed it Holy!

Of course, as God Almighty, Yahweh could probably kick back and settle right into the Stillness.   For most of us,
(READ MORE)

“Do not grow old, no matter how long you live. Never cease to stand like curious children before the Great Mystery into which we were born.”
― Albert Einstein 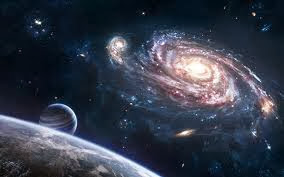 As a kid I was immensely curious.  I think we all were--although many of us were quickly conditioned to drop it and "get with the program." It seems parents and schoolteachers couldn't deal with our incessant questioning.

I remember stumbling across a broken camera in the alley when I was about 9 years old.  I took it home and immediately took it apart.  I then wondered why the heck the world was upside down when I looked through the lens. What? I then extracted the other lenses from the viewfinder, and after fooling around for a while, I figured out how to right the image and make a telescope.  I then plotted the movement of a planet across the sky outside my bedroom window for a couple of weeks.

Later that same year, I discovered that a battery-powered car I'd received as a Christmas gift made static on the radio's speakers whenever its path took it close to the radio.  What? Again curious, I took the car apart and discovered that the sparking of its electric motor created radio waves! Before all was said and done, I had extricated the motor from the car, cobbled together a homemade keying device, and learned Morse code so that I could send messages through space using these invisible waves of energy.

This early interest in invisible waves of energy continued.  In junior high school I became a ham radio operator -- and learned to play the guitar.  Sound waves, radio waves, light waves.  They all fascinated me.  The idea that invisible waves operated at different frequencies, at different rates of vibration was clear to me. I learned how to tune my guitar.  I learned how to tune my homemade transmitter to deliver maximum power at a particular frequency. There appeared to be certain principles involved.

So, by the time the Hippies were happening in Haight Ashbury a handful of years later, even at a distance, I was quite inclined to believe in "good vibrations."  I didn't find it odd at all to believe that there was a dimension of experience that involved invisible energies.  I was soon exploring yoga and meditation practice.

In the course of the next few years, with the support of a number of friends/kindred spirits (we actually formed a short-lived "commune" in the early 70's), I learned that one didn't have to do drugs to be in touch with a subtle dimension of energy.  If I paid attention, at times "the vibes" were (and are) as perceptible as the wind on my skin.  Then, I came to see that, just like in music and radio, there were certain principles at work.
(READ MORE)

One Step Forward. One Step Back.

“Your task is not to seek for love, but merely to seek and find all the barriers
within yourself that you have built against it.”
― Rumi

"When things are shaky and nothing is working, we might realize that we are on the verge of something. We might realize that this is a very vulnerable and tender place, and that tenderness can go either way. We can shut down and feel resentful or we can touch in on that throbbing quality. ”
― Pema Chödrön, When Things Fall Apart: Heartfelt Advice for Hard Times 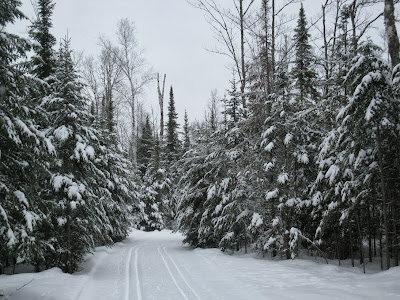 The National Weather Service is predicting an all-time record high tomorrow here in Springfield, MA.  After an overnight rain, the skies will be clearing.  Under sunny skies, the temperature is expected to hit 65° F.

In the past two weeks, we have seen days of clouds, days of sunshine.  We've experienced high winds, snow, ice, and rain, endured frigid nights of single digits and enjoyed balmy days with springlike temperatures.

Mother Nature is doing her part to remind us of the nature of Life itself.   With or without the specter of global warming, everything is in constant flux.  What the Buddhists call anicca is one aspect of Reality as it is.  Everything is impermanent.

I notice that as I sit at the keyboard to muse about the Practice, there is a particular quality of consciousness that emerges again this morning.

Although there are certainly moments of befuddlement and confusion, sometimes swaths of time in which I stammer and stumble ahead haltingly, only to hit the backspace key and take a few steps, it seems that I generally return to being quite aware of a vast and clear spaciousness beyond any of the thoughts find their way into my fingers.  In this morning's meditation, and now, sitting here at the keyboard, when I pause and simply breath, I am aware of Awareness itself.  I like it when that happens.

There is a problem with it, though.

In reading over some of my past posts this past week, I found myself wondering if I was too quick to present the high side of a Life of Practice without acknowledging how very difficult and challenging it can be to truly open one's heart to the reality of the human condition as it is actually lived in our day to day lives.  It seems to me that I can spend a bit too much airtime raving about the fact that Life is Miraculous and Beautiful, not enough time acknowledging that Life Sucks.
READ MORE