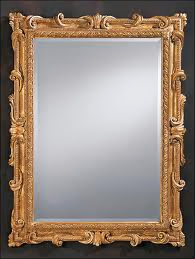 Although at one point back in the 1970's I actually practiced Mirror Gazing Meditation as a way to explore aspects of my subconscious, these days I don't spend much time in front on a mirror.

Being retired now,  I don't have to appear with the proper clothes and haircut at the proper place at the proper time each day. Sporting little hair on the top of my head, a washcloth is usually a good enough brush--and Betsy is generally quite expressive at the points at which I cross the line between un and kempt, periodically coming at my beard and mustache with scissors --  and great zeal.

These days, it seems that Sitting Practice is my primary mirror.

Taking the time to gaze steadily and kindly at the flowing river of Mind as it merrily meanders along is increasingly interesting at this stage of the journey.  In fact, with a bow to the Fall Ango practice I observed at Zen Mountain Monastery years ago, I recently upped the ante.  I've committed to going off the grid and observing a Day of Mindfulness each week, as well as Sitting outside to observe the sunset daily when I can this fall.

I didn't leave the Monastery because I don't like to Sit.  Meditation practice is often the most interesting part of my day.

It is also, I think, the most helpful.

As the Practice deepens, I'm grateful to acknowledge that even the more gnarly emotional whirlpools that swirl through my awareness don't seem to rock the boat all that much.  Even the momentary bursts of violent self-hatred and anger that still sometimes emerge are usually just experienced as waves crashing over the rocks.  These days those feelings readily become water over the dam--on and off the zafu.  Just around the bend, the river generally forms a clear, deep pool mirroring the grandeur of the emerging autumn foliage and a brilliant clear blue sky.
(READ MORE)

"What we expect is to be truthful; to be kind; to try to share; to try to love one another. Some folks don’t recognize that as a discipline: They say, "Oh, that old stuff…." And it may not sound too difficult, unless you’ve ever tried it. But if you ever try it,
you’ll know it’s an exacting discipline."
--Stephan Gaskin, This Season's People

The only time I saw a somewhat severe Burmese Buddhist meditation master break into a belly laugh was when he raised his hand to his head and pointed out that most Westerners believe that their mind is in their heads.  The entire crew of monks sitting behind him on stage also dissolved into laughter.

After a few moments, regaining his composure, he then raised his hand to his heart and continued.  Although I don't remember the exact words his interpreter used, the point seemed obvious.  The One True Mind resides in our Heart.

That certainly resonates with my own understanding.  It's all a matter of Heart.  It seems to me that Jesus -- and the Beatles -- had it right.  Love is all you need.  It's just that simple.  But it ain't easy.  The Practice of True Kindness and Compassion is, like the Stephan Gaskin pointed out years ago, an exacting discipline.

In 1976, I learned from my first Zen teacher that heart, mind, and spirit are actually the same word in Japanese. Derived from a Chinese character, the word shin makes no distinction between these three realms of existence.  Our bodies, our minds, and our spirit are a seamless whole.  They are seen as inseparable.

Conditioned as we are in society on materialistic overdrive, it sure doesn't feel that way for most of us much of the time, right? That's what led me to meditation. Following a deep yearning in my heart of hearts, I was intent on "getting it together"to live a life of Integrity.

This process began, and continues on, with the commitment to spend time carefully observing how heart/mind/spirit actually operates within my own experience, to discover the ways that my conditioning operates to separate me from my own heart, from others, and from the exquisite intricate Web of Life.  With Practice, both on and off the zafu, I began to get a handle on how to slowly and gently become the person that, in my heart of hearts,  I yearned to be.

Then, at a certain point in meditation, I realized that I actually AM the person I wish to be--and always have been!  At that moment, in a torrent of tears, I knew that with all my flaws, with my abundant neuroses and conditioned patterns,  that I was absolutely perfect as is--and so is everybody else!

What an absolute Hoot!

Of course, as Zen Master Suzuki-roshi once said:  “Each of you is perfect the way you are ... and you can use a little improvement.”  In fact, the major question that propelled Eihei Dogen, the founder of the Soto School of Zen, to leave Japan and seek a teacher in China seems to have been, basically,
(READ MORE) 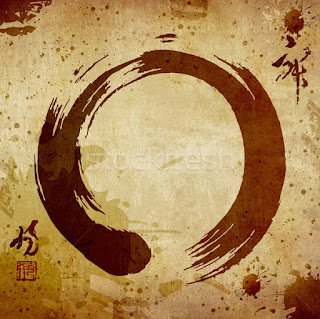 There were fifteen of us gathered to Sit Together in Stillness at the Recovery Learning Community's Greenfield Center that night.

The Silence was Golden.

As I rang the bell to end our first period of meditation, bowed, and looked around the room, I knew that I wasn't alone.  I could see it in folks' eyes.

The Presence was palpable.

As we went around the Circle to compare notes on what we had each experienced during our meditation, the first person exclaimed, wide-eyed, "you could actually hear the silence!" Another added, "the Silence was deafening!" Others nodded.  Everyone knew exactly what they meant.

When we share the Silent Presence, even for a few moments, our Essential Oneness within the embrace of the One Love becomes less theoretical. You can feel it.

Immersed as we are in a patently materialistic society, a milieu that fosters individualism, greed, speed, fear and frustration, we have been conditioned to experience our world through mental and emotional states that manifest a lot of noise, restless motion -- and separation.  Bombarded with stimulation and stress, our minds habitually filled with incessant chatter, most of us have spent much of our lives being constantly distracted and disconnected from our True Nature.  Disconnected from ourselves, we are disconnected from one another.  A direct experience of what Thich Nhat Hanh terms Interbeing, our fundamental interconnection with one another and the Web of Life, is rarely encountered on a conscious level.
(READ MORE)

Shelter from the Storm

"There is a foundation for our lives, a place in which our life rests. That place is nothing but the present moment, as we see, hear, experience what is. If we do not return to that place, we live our lives out of our heads. We blame others; we complain; we feel sorry for ourselves. All of these symptoms show that we're stuck in our thoughts. We're out of touch with the open space that is always right here.”
― Charlotte Joko Beck, Nothing Special

“Realize deeply that the present moment is all you have.
Make the NOW the primary focus of your life.”
― Eckhart Tolle, The Power of Now 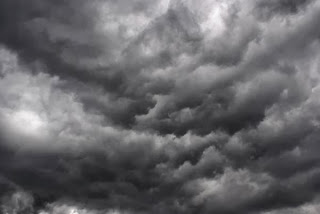 A few days ago, I experienced some stormy inner weather as I sat at Greenfield Coffee quaffing my morning brew.

Although "life as usual" for me is always rather unusual, this has been a rather unsettled and, at times unsettling, passage through time and space.  Clouds of restlessness and discontent careened across my inner skies as I sat at the computer screen.

For the past few years, my "normal" life has had me, a 70 year old retiree, facilitating three Mindfulness Circles and doing some other low-key volunteer projects during the week in Greenfield, an old factory town in Western Massachusetts.  Then, on Thursday or Friday each week, I head out of town to spend long weekends in the country east of the Quabbin Reservoir with my Beloved Betsy.

For almost two months, though, this changed dramatically.  A stress fracture to Betsy's ankle prevented her from driving and limited her ability to live her "normal" life.   I was re-incarnated as a "householder", commuting an hour back and forth to her place most days to share the load -- which includes caring for twin five year old grandchildren several days a week, and two dogs, four cats, a two bedroom cottage and extensive flower gardens, 24-7.

As I've kept moving to help out, most of my usual routines, other than sitting with the Mindfulness Circles and MMM have dissolved.  Even my usually rock solid, one hour daily morning meditation, a practice that I had sustained for years, dissolved substantially to be replaced by hours in a car commuting hither and yon.  (I'd grab 20 or 30 minutes when I was lucky.)  Rather than sit with others most weekdays at noon for a half hour with #OMG! (#Occupy Meditation Group!) Peace Presence*, I was lucky to sit one or two days a week.  More often, I was an hour away at that time of day, picking up the twins from pre-school  -- or at the supermarket.

In the midst of all this activity, my carefully cultivated Napping Practice disintegrated entirely!

Although, for the most part, I was actually enjoying the action, feeling quite vital and useful, as I sat at the computer that day, I was feeling quite stormy and out of sorts.
(READ MORE)

Community Yoga and Wellness Center
This will be a ZOOM on-line
Gathering.