“Crying is one of the highest devotional songs. One who knows crying, knows spiritual practice. If you can cry with a pure heart, nothing else compares to such a prayer.  Crying includes all the principles of Yoga.”
― Swami Kripalvanandji

“In the Lakota/Sioux tradition, a person who is grieving is considered
most Wakan, most holy."
― Tara Brach
"Blessed be those who mourn, for they will be comforted."
-- Yogi Jesus of Nazareth

Some time ago, I came across the quote by Swami Kripalvanandji cited above.   I immediately emailed it to a dear friend who was having a rough time.

She called me later to tell me it helped -- a lot.  After reading it, she immediately headed out to her garden to have a good cry.  She said it was exactly what she needed.
Big Boys (Girls) Don't Cry
Growing up in contemporary society, most of us have learned to avoid crying like the plague.  Widely seen as a sign of unacceptable weakness and frailty, we are conditioned to keep a stiff upper lip, to steel ourselves against this natural expression of heartfelt feeling.  Although this conditioning is considered to be a "male," thing, most of the women I know often fight back their tears as well.
(Strain's of the Four Seasons singing "Big Girls Don't Cry-yay-yay"just ran through my inner iPod)

Hmmmm.  Maybe I shouldn't plunge ahead here.  Although I'm an amateur and would never charge for sitting still with folks and comparing notes on our experiences with Mindfulness Practice, I might get sued by the Commercial Mindfulness Cartel.  Although the pro's may give a nod to Buddha's first noble truth, the suffering baked into the human condition, they tend to skip right ahead to Buddha's Third Noble Truth: the Cessation of Suffering.  You don't see any glitzy promotional commercials proclaiming -- Mindfulness Practice: Guaranteed to Make You Cry!  It might be bad for business.
And yet...
(READ MORE)

“We can suppress anger and aggression or act it out,
either way making things worse for ourselves and others.
Or we can practice patience: wait,
experience the anger and investigate its nature. ”
---Pema Chodron 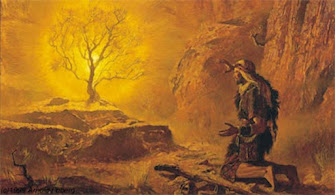 The Universe is exquisite.

Once you hitch your wagon to Practice and roll out, you are going to get the lessons along the way that are needed to take you deeper --whether you like it or not!
This might be especially true if you have the unbridled chutzpah to publicly ramble on about your experiences.

More than once here in this blog, I've spent time presenting the notion that simply "cutting loose of the story line," is an immediate fix to disturbing emotions.  I've found that when I have the presence of mind to expand the sphere of my attention from the realm of discursive thought to include what is going on in my breath, body, and heart, sometimes hell dissolves and heaven is revealed in the blink of an eye.  (See Your Courtesy Wake Up Call: Once Upon a Time...)

The operative word here is -- sometimes.

As the years roll by and the Practice deepens, I have experienced such an instantaneous transformation quite often.  Yet, it seems a bit of Karmic Comeuppance was necessary.  A few weeks ago, I found myself swirled up in an angry outburst for the first time in a couple of years.  It's certainly been enough to remind me that it can take a lot of work and a whole lot longer than a "blink of an eye" to learn something from a situation -- and regain a sense of wonder about it all.

The lesson?
For some of us, being a calm and kind, clear and compassionate, human being is NOT that easy.  It is a daunting discipline.  It takes commitment, courage, patience, skill, time, and effort.  It takes Practice.

As a child and a young man I had what folks might call an extremely bad temper.  Having grown up in the midst of a lot of anger and physical violence, I would react to things in my world with bursts of violent emotions -- and even violent behavior.  Throughout childhood, I could fly into a rage and smash things and strike out with the worst of them.  My kid brother and I fought like cats and dogs.  Our last furniture breaking brawl took place when I was in college.

It would take years to quell those patterns.

Perhaps, the deepest gratitude that I have to the Practice is that I am no longer likely to get extremely angry.  Annoyance and irritation usually is about as bad as it gets.  I'm grateful that it usually doesn't spill out of my mouth.  Even then, there is usually an immediate recognition, and I'm able to come into the moment with a deeper sense of openness and relaxation.

Yet, life being life, usually doesn't mean never.  A few weeks ago, I dove into a deep pool of anger for the first time in quite awhile.  I was angry.  Really angry.  I could feel it in the muscles of my jaw, in my torso over the course of a minute or so.  Then, as I launched an explosive "F*# @  Y#@! You're driving me crazy!!!' the look on my beloved Migdalia's face was enough to wake me up.  I knew that she wasn't "driving me crazy."  I was.  My own deep conditioning had spun me out.  I had gotten deeply attached to my own point of view.  It was time to pause, withdraw, and re-calibrate.  (Thankfully, Migdalia helped that process by refusing to engage in even my toned-down defense of my self-centered position.  It wasn't just my own effort that helped save the day.)
(READ MORE)