"The moment we give rise to the desire for all beings to be happy and at peace, the energy of love arises in our minds, and all our feelings, perceptions, mental formations, and consciousness is permeated by love: in fact, they become love."
-- Thich Nhat Hanh, Teachings on Love 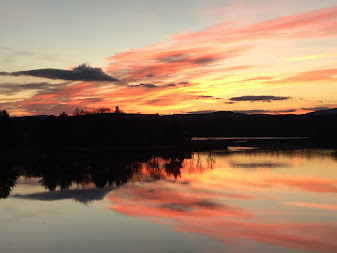 We have it on good authority.

Buddha and Jesus, as well as many other sages and saints throughout the ages, seem to agree with the Hippies -- and the Beatles.  In the final analysis: All you need is Love.

So, what's the problem? Why are so many folks suffering and why does the world appear to be going to hell in the proverbial hand basket?

First of all, what many folks have learned to believe is love, the terrain of much music and Hollywood Movies -- isn't love.  What is presented as love is a very human blend of desire, biological attraction, and attachment.  It's pretty clear that "I love you so much that I'll kill anyone who looks at you, then you, then myself." is not exactly what JC, Buddha and others had in mind, right?

The form of "love" that our culture promotes has a lot more to do with fulfilling one's own individual ego needs for sex, security, status, and self-esteem than the quality of consciousness that emerges from what American Buddhist Teacher Pema Chodron calls an Awakened Heart.  True Love is not the profound passionate grasping of deep attachment. True Love is much grander than that.

True Love emerges, and is essentially inseparable from, Pure Being.  It is identical to the One Love that exists beyond the illusion of disconnection that characterizes the realm of relative reality.  Flowing from and returning to our Essential Oneness, True Love emerges as the compassion, joy, ease, and clarity that exists in our heart of hearts.

Unlike the common contemporary understanding that views love as something we just fall into (and, so often, out of),  in the Buddhist tradition, love is seen as a mode of consciousness.  Our connection to that love can be consciously cultivated.  Although we may stumble into glimpses of Oneness through an intimate connection to "the other" in a romantic relationship -- especially in its initial honeymoon phase -- ultimately, True Love emerges from a fundamental choice to embrace Life itself, to let go of who we think we are and open our hearts and minds to the actual experience of the present moment.

Although this can happen with the very next breath, the process of actually becoming a loving person generally doesn't just happen.  It is a Practice.  Erich Fromm characterized it as an art in his classic work, The Art of Loving.  Like any discipline, True Love takes commitment, a set of skills, effort -- and patience.
READ MORE

Read more »
Posted by Lance Smith at 7:09 AM No comments: 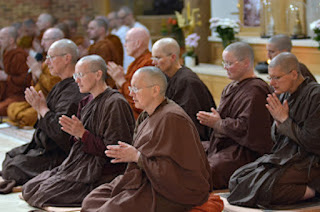 Read more »
Posted by Lance Smith at 6:41 AM No comments:

"Some people say that only walking on burning coals or walking on spikes or on water are miracles, but I find that simply walking on the earth is a miracle. "
-- Thich Nhat Hanh, "A Guide to Walking Meditation" 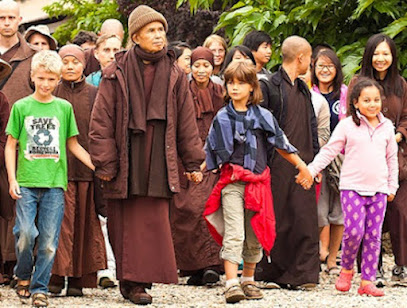 This morning's meditation was buzzy.
It was one of those days when even a few moments of a clear, calm and open awareness were greatly appreciated.  Most of the time I was immersed in the the high volume prattle of discursive monkey-mind.
It seemed like I had chosen mantra practice rather than mindfulness practice.  Unfortunately, the mantra wasn't something exalted like the Tibetan Buddhist "Om Mani Padme Hum" or Zen's "Gate, Gate, Paragate" Today's mantra was the simple mental note "thinking thinking. " I had learned this long ago as "what to do" when I became aware during meditation that I was thinking rather than focusing my attention on my breath and allowing my heart's awareness to expand into the boundless realm of One Love.
Today "thinking, thinking" was repeated over and over.

Fortunately, after the bells sounded, I had places to go and things to do around town.  Since they were all within walking distance, I could get some needed cardiovascular exercise as well.  It was a no-brainer.  I left the car keys on the counter and headed out on foot.

I'm so grateful that I made this choice.
I came to my senses as soon as I walked out the door.  The morning air was cool and crisp on my face.  The neighborhood birds were singing their praises to a clear blue sky.  Just opening to the sights and sounds and smells of the world altered the nature of my reality immediately.  I took a deep breath and felt my body moving down the stairs to the sidewalk.

Mindful of body and breath, awash in the sensations of sight and sound and smell, I was again made aware of the Ongoing Miracle of life as it is.  I felt a great gratitude for the practice of walking meditation in my life.
(READ MORE)

Read more »
Posted by Lance Smith at 3:06 AM No comments: 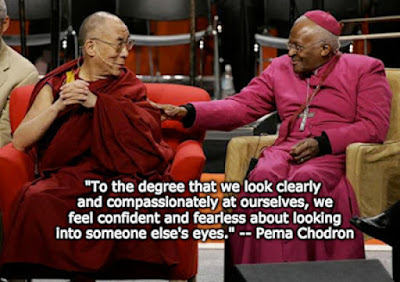 In English, love could be the word that attempts to describe the spiritual glow that emerges from the ethereal domain of unconditional, unselfish agape on the one hand.  Or,  just as readily, the word could be used to indicate the self-absorbed fiery emotion that erupts from the nether realms of green eyed monsters and wrathful, jealous gods.
So, what's the deal? It's pretty clear that "I love you so much that I'll kill anyone who looks at you, and then you," isn't exactly what Jesus and Buddha had in mind when they taught about Love.  Right?
(READ MORE)

Read more »
Posted by Lance Smith at 7:20 AM No comments: