"If you want to find Buddha nature, love someone and care for them."
--  Dainin Katagiri

“Everything that irritates us about others can lead us
to an understanding of ourselves.”
― Carl Gustav Jung 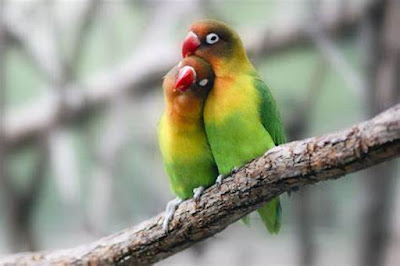 Three days ago, Migdalia had surgery done on her right shoulder to repair significant tears of her rotator cuff, labrum, and biceps tendon.

So, at this point, I'm her right hand man -- literally.  I have moved in with her full-time to provide the necessary care as she faces the significant pain and discomfort of a post-op rehab that may require 6-8 weeks of life in a sling.

In a relationship that has thrived for three years as we each maintained our own living spaces (I think a lot of marriages would still be alive if that was seen as an acceptable option), we are now sharing her place 24-7.

Having committed to facing sickness, old age, and death as life-partners, we did manage to co-habitate during the first couple of months of the pandemic.  But, at that point, we were each able bodied.  Besides the various aches and pains of two folks whose average age is now on the high side of 70, we were each in relatively good health.  We could be alone together quite well.

Now, Migdalia looks like someone stomped on her shoulder then bound her up in a strange torture device that seems intent on poking her in the ribs, no matter what we do.  She also has to sleep sitting up.  She's black and blue and swollen and dealing with the effects of all the drugs required to allow them to punch five holes in her shoulder, insert a variety of cameras, medical instruments and paraphernalia in to her body, then stitch her up -- and send her home. 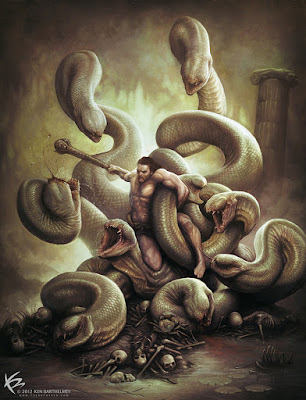 One of the first challenges we faced was contending with the gazillion velcro straps and clasps of the sling/brace that is going to be her constant companion for the foreseeable future. The next morning, it had to be removed for a brief period of  physical therapy and then replaced immediately.

I'm pretty sure that before the insurance companies and other profit driven corporations came to dominate health care in this country, Migdalia would have awoken that morning in a well-staffed hospital, and a skilled physical therapist would have arrived to cheerfully support her through the ordeal.  Now, after a fitful night's sleep propped up by pillows in a makeshift hospital bed, she had me: a similarly exhausted old coot with about ten minutes of "training," and a couple of pages of confusing and contradictory instructions.

It was a Herculean task.

Each of us is quite used to doing things "single-handedly" and taking the lead in moving through our lives.  So, now that "single-handedly" had become literal for one of us, Migdalia and I immediately butted heads over how to most effectively use our three good hands.  Me, an Aries, white working-class cis male and his beloved, a fiery New York Puerto Rican female from the projects in Harlem, huffed and puffed for awhile, getting nowhere with what had become a tangled mess of velcro.  A helping hand only helps if it helps.  It wasn't.  I soon realized that we had to really slow down, take a few deep breaths, and learn how to communicate a lot more carefully -- or the many-headed Hydra would have her way with us.

Thankfully, like Hercules and Ioalus, Migdalia and I were able to put our heads together and prove that two heads are better than nine.


The Theory and the Practice

This is where the rubber meets the road.  Mindfulness doesn't have the elbow room to be mere theory.  It has to be a moment to moment Practice.  Rather than spin out or bounce off of one another, we've already seen the need to be more adept at taking the foot off the accelerator and tapping the brakes.  We've each had to make a special effort to listen deeply -- to ourselves and one another -- and to speak clearly and carefully as we navigate ahead.

This is a good thing. 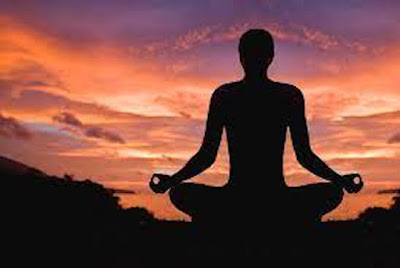 It's time for a time out!
I plan to be embarking on a personal three day meditation retreat, turning off all the devices after the Friday Morning Circle and continuing through Sunday, surfacing on-line only to facilitate the Opening, Midday and Closing Circles of Be Still and Know on Zoom before returning to silence until Monday Morning MIndfulness. 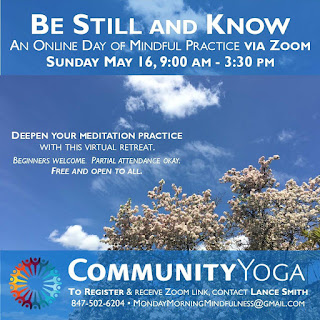 I had just opened the discussion by briefly sharing my take on Lojong slogan two. Although a couple of folks in the Circle, perhaps quite aware of the limitations, maybe even the inadvisability, of placing so much of our emotional energy and collective attention on words and discursive thought didn't participate, the rest of us jumped right in.
Having studied and practiced Zen which has a long tradition of probing questions and dharma "combat," I marveled at what emerged.  Although all assembled, myself included, were essentially beginners in the study of these particular Teachings, I imagine the energetic, sincere, often profound, sometimes amusing, discussion that emerged could have been a conversation among senior monks somewhere.
(READ MORE)
Read more »
Posted by Lance Smith at 5:14 AM 4 comments:

"The way to dissolve our resistance to life is to meet it face to face...When we want to complain about the rain, we could feel it's wetness instead."
-- Pema Chodron

“The best thing one can do when it is raining is to let it rain. ”
-- Henry Wadsworth Longfellow 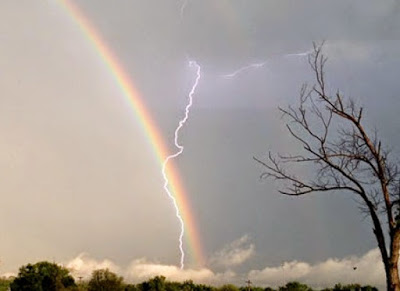 As April waned, Mother Nature showed up to do her part to bring on the flowers of May here in Western Massachusetts.

The sun disappeared for days at a time.  On and off, for over a week, we got doused.  Drizzled upon. Drenched.

The flowers loved it.

This wasn't always the case.  There was a time that "rainy days and monday's would always get me down."  Prone to bouts of depression, primarily emerging from the unexplored grief of a traumatic childhood, I'd invariably cloud up on gray days, and rain on my own parade.

Nowadays, I find gray days and stormy weather energizing.  It is always a chance to get real.

Whether it's an overcast sky, a soft foggy drizzle, a thunder-booming rip-snorting whizzbanger -- or anything in-between --  once I remember to just be present for the actual experience, there is something immensely alive and vibrant about such weather.  Dancing beyond our ability to control it, Mother Nature just is.  She will just do what she will do -- no matter how we think or feel about it.  So, why not relax and dig it!?

At this very moment


I feel a lot of gratitude for Mindfulness Practice at this very moment.

As I sit here with fingers dancing across the keyboard, I see the sun playing hide and seek with storm clouds outside. Through the open window, I hear the wind singing in the trees, a collection of birds twittering, the tires hissing along the rain slickened asphalt of High Street.