I had just opened the discussion by briefly sharing my take on Lojong slogan two. Although a couple of folks in the Circle, perhaps quite aware of the limitations, maybe even the inadvisability, of placing so much of our emotional energy and collective attention on words and discursive thought didn't participate, the rest of us jumped right in.
Having studied and practiced Zen which has a long tradition of probing questions and dharma "combat," I marveled at what emerged.  Although all assembled, myself included, were essentially beginners in the study of these particular Teachings, I imagine the energetic, sincere, often profound, sometimes amusing, discussion that emerged could have been a conversation among senior monks somewhere.
(READ MORE)
What materialized that day was no more, no less than a deep conversation about the true nature of reality and our individual ability to actually experience the truth of our existence. Although none of us were a Buddhist scholar and some of us may not even have considered ourselves Buddhists with a capital B,  assertions about Emptiness, Impermanence, Non-Self, Co-dependent Origination, Interdependence and Oneness, were offered and explored,  dissected and re-assembled.

At several points the fundamentals of Zen were touched on as phrases were turned, then turned on their heads without altering the meaning at all!  Even when there was apparent "disagreement", the energy stayed crisp and clear. and cordial. There was an underlying fabric of good will, good humor, and good heart all the while. The priceless ability of paradox to point to the Truth better than any declarative assertion became pretty obvious.  It was an absolute hoot -- relatively speaking.

Gaining a "solid grasp of reality" is often considered to be one of the important aspects of growing up in contemporary society.  The message is pretty pervasive.  We are encouraged to get real, to be "realistic" as we establish ourselves in the world.  John Lennon's imaginings notwithstanding, being called a "dreamer" usually isn't a cause for pride. * 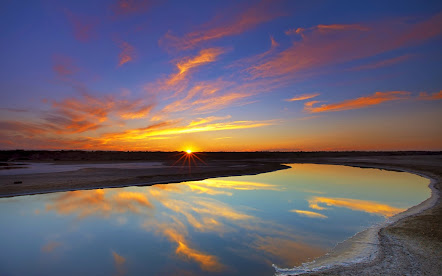 As Practice develops and our ability to see and accept this matures,  an awareness of something else also emerges.
Merrily rowing our boats gently down the stream sensing that "life is but a dream," we increasingly relax into the ungraspable fullness of each moment.  As Practice deepens, we just may notice that the vast blue sky stretching overhead resonates with something so deep inside us that it is beyond us.
There are many names for this Mysterious Reality.  I call it One Love
As Practice deepens, we see this One Love reflected in the stream of our lives moment to moment.
At that point, we may feel free enough to relax, lighten up, to grab the oars when we need to, lay them down when we need to.  Then, we can really live the dream.

Plus, the current reality sucks BIG time. Late capitalism degrades people, the environment and everything else that matters. WHY would one even want to GO there ???

I often view reality as a dream or it could be that I have issues dissociating.. I often get swallowed up in the vastness and spaciousness of "it all". It can be very overwhelming. It's nice to know this isnt something only I experience. I hope that one day I can come to terms with "reality" and whatever that may mean.. Good read and I for one would like to try and have a discussion on the topic one day. Thanks for sharing Lance!

Hi Maure,
In light of your comment on the disastrous effects of late capitalism on the people and the planet, it's interesting to note that I almost included a picture of the meditation circle at #Occupy Wall Street! in this post. I certainly agree with your analysis of the current state of samsara, the world of causes and conditions the present us with the phenomena that appear through our senses. All this falls into the category of "relative truth." It is useful to perceive and analyze this accurately. (I still think that Karl Marx had a great grasp of what was going on in the world around him. He pretty much nails it regarding the material plane.)

And then, there is the realm of the Absolute, the One Love. Opening our hearts and minds to engage Life completely brings that into our lives individually and collectively.

Hope you and yours are well, Maure. Stay in Touch.
One Love,
Lance

Hey Danica,
Thanks for chiming in here. I certainly think that many of us who have a personal experience of the Infinite Vastness at the heart of reality, and the dreamlike nature of life as it is experienced through our senses and conditioned sensibilities can struggle with how to incorporate this into our day to day lives. Unfortunately, the folks who rely on the medical model of mental health oftentimes haven't got much of a clue about the psychological insights provided through a couple thousand years of Buddhism or the mystical traditions of the world's religions.

IMHO, what is termed "dissociation" can actually be a deeper connection to what really is going on. Grief not fully explored can become "depression." Experiencing "visions and voices" can be deep connections with our subconscious and the collective consciousness, etc., etc.

That makes it pretty damn difficult to navigate one's way into clarity and engage your life wholeheartedly to actualize your True Nature. I'd love to yak about this more with you, soon. (I'll be pretty tied up for awhile as Migdalia's primary personal care attendant after today's shoulder surgery, but plan to be more available next week for the Circles and chats.)

Be well and Stay in Touch.
One Love,
Lance