Nothing Special: Part One 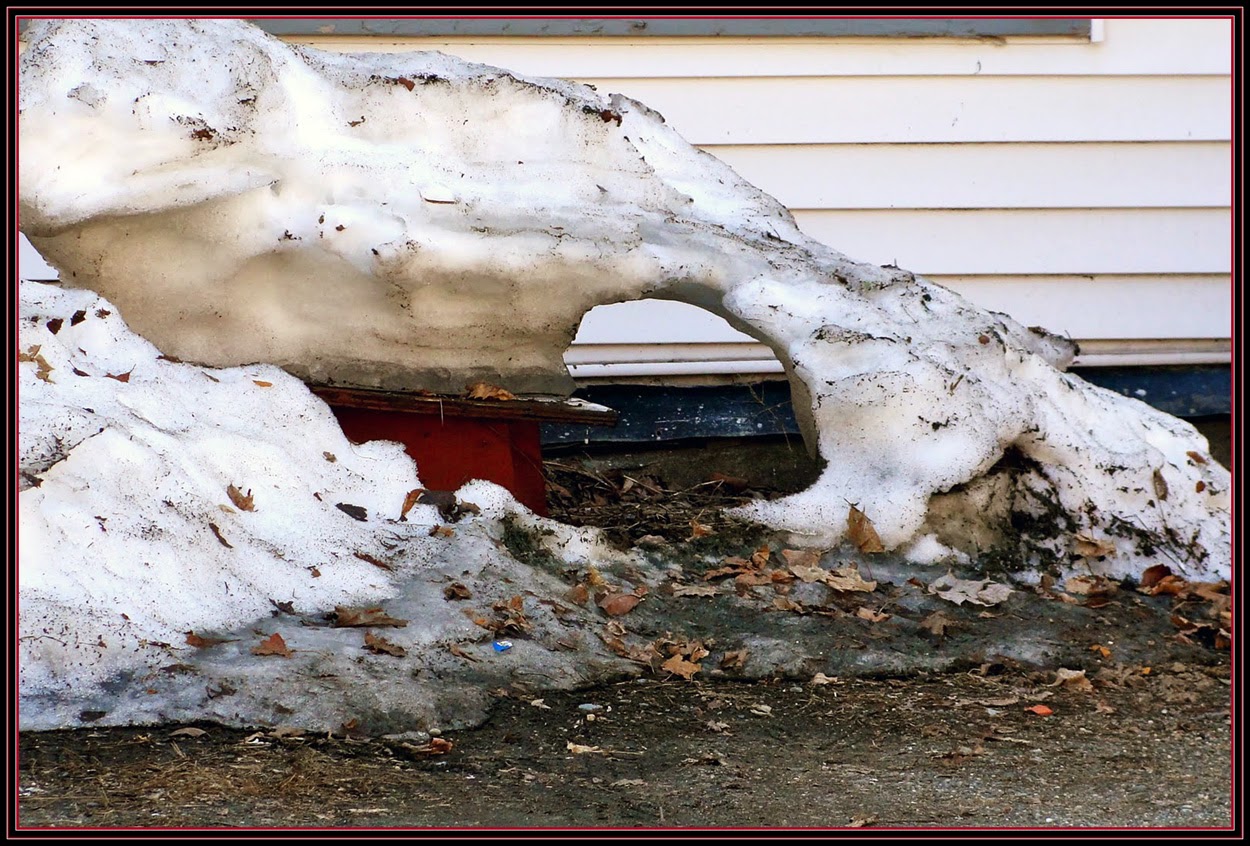 A gentle rain is falling outside the window.  After two significant snowfalls this past week, storms that left huge mounds of plowed snow along the highways and byways of my life here in Massachusetts, Mother Nature is again moving to melt her way into spring.  The temperature this week has oscillated between single digits and the mid 40's.  Gazing into the the National Weather Service's 10 Day Crystal Ball it looks like more of the same.

Sitting here I can imagine myself making up all sorts of stories about the weather.   With the world through the window a pastel landscape of organic brown tones, dripping grey skies, and melting white snowfields, my mind could create a rant about the specter of global climate change in a heart beat.  (There certainly appears to be ample scientific evidence, after all.)  On the other hand, having suffered through some sort of respiratory bug again this week, I could narrow my horizons and spin off fantasies of personal climate change --dreams of moving my tail to a gentler and significantly warmer clime.

Yet, when I just return to my senses; feeling the sensations  of my breath and body as I sit here, watching the tapestry of soft color outside the window, listening to the deep, deep silence occasionally augmented by the twitter of a bird, it is quite easy to let go of those particular storylines. Just Sitting Still and letting the thoughts drift away, there is no problem.  The weather?  No big deal.  It simply is.

In Soto Zen, the notion of "no big deal" seems to be a big deal actually.  In my first visit to The Farm*
(READ MORE)


in the mid 1970's, I remember that "no big deal" was a common response to any number of plaintive assertions I made about my life.  Apparently Stephan Gaskin, who Sat with Suzuki Roshi at the San Francisco Zen Center back in the day, had picked that term up from him.  Other Zen teachers, including Charlotte Joko Beck, who entitled one of her books Nothing Special, also offer us forms of this particular teaching pointing to our ego's inimitable ability to distort the nature of reality.

That the excruciating dramas of my life were perceived as "no big deal" wasn't all that easy to hear at first, of course.  After all, as I've come to learn over the years, most of our personal identity is wrapped up in the emotional storylines that we've created -- and continue to create--about our experience. Yet, fairly quickly, I came to sense that there was something to it.  I was able to begin to take even my own thoughts and feelings with a grain of salt, to put a bit of space around them more readily.  That seemed to help.  It still does.

Of course, being a neophyte in the Practice, much of the time without the support of a teacher or a sangha, it took me a couple of decades to begin to get better sense of what is actually involved.  Like all too many meditators here in the West, I actually took the idea that I should become "unattached" from the "drama" of my life quite seriously.  Able to muster up a semblance of calm through meditation, I managed to suppress and repress a lot of emotion backed patterns. They, of course, then rose up to bite me -- and others -- again and again.

Hey, I'm a meditator. What the hell?

As the Practice matured, I came to see that "no big deal" and "nothing special" had been merely intellectual understandings to me.  As belief structures, they surfed along the crest of my rational mind.  Underneath that, there was a powerful churning wave, a vortex of unexamined pain, fear and resentment resulting from an unfulfilled childhood desire to be loved and appreciated and acknowledged as very special.   (I can still "wipe out" on that one when I'm not paying attention.)

And here is where it gets even more interesting.

Yet, I can also say, in all honesty, at this stage of the game it is clearly nothing special, no big deal.  No kidding.

(Stay tuned.  An answer may emerge in the next post, a comment here--or, perhaps, in your next meditation.)

*The Farm is a community in Tennessee.  I spent a couple of months there in the mid-70's.  At that point in time it numbered about 1700 people and was conceptualized as a Spiritual School with Stephan Gaskin as its Teacher.
Posted by Lance Smith at 4:53 PM