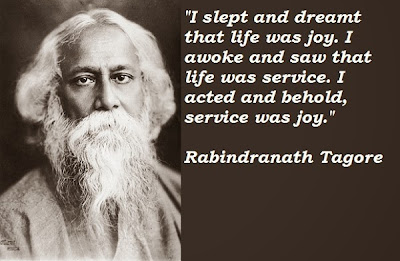 When I woke up that morning years ago, I had no idea that the trajectory of my life through time and space would be very much determined that afternoon.  In fact, I don't think I fully realized it until a few moments ago sitting here --a half century later.

It was the summer of 1965.  I had just finished my freshman year in college and was back home in a small town north of Chicago, working in a factory again for the summer, putting myself on a $5 a week "entertainment" budget and saving the rest to fund my education.  I spent three of those dollars that afternoon in a matter of moments at a table of used books at the Lion's Club White Elephant sale in the small park near the center of town.

For years, I've realized that two of the books that I bought that day had a profound influence on me.  The Wisdom of Buddha, published by a Buddhist organization in Japan was my first introduction to Buddhism.  When I flipped it open and scanned a few pages,  I thought, "Wow.  That's interesting.  This sounds like the Bible to me!?" This began the exploration of Buddhist teachings and practices that was to emerge, inspire, and sustain me over the years.

The second book was another small tome, The Wisdom of Gandhi.  Deeply touched by Dr. Martin Luther King, Jr. and the Civil Rights Movement, I had read that Dr. King had been deeply touched by Gandhi.  That was good enough for me.  Poking my nose into that one immediately brought forth another 20% of that week's allocated "mad money", and set the tenor and tone of my life's political activism and engaged spirituality.

It was only today, after an interesting experience yesterday evening, that I remembered that there was a third book I bought that afternoon.

I had climbed in front of the computer to begin work on this week's post yesterday with the thought that since I had ended up focusing on the inevitability of death last week, ("Reality Asserts Itself", Your MMM Courtesy Wake Up Call, February 7, 2015), I should probably balance it off a bit with the flip side of that assertion.  In fact, if you use the Four Reminders of the Lojong Teachings of Tibetan Buddhist tradition as a frame of reference, last week's post had sort of put the cart before the horse.  An awareness of the reality that life ends is actually the Second Reminder of Point One of the seven training points that encompass this series of 59 training slogans.  (For more, see A Layman Looks at Lojong.)

The First Reminder, as translated by Chogyam Trungpa is: "Maintain an awareness of the preciousness of human life."   The teachings about this slogan are seen as support for a deep personal contemplation of the truth presented.  This contemplation, when taken to Heart, can change everything. Experiencing the Preciousness of Life is a wonderful gift.

Sitting there, allowing my mind to flow gently down the stream, quickly elicited the title "How Sweet It Is" for this post.  I had no idea where that would soon lead.
(READ MORE)
Connecting the Dots

In another few moments, my chest was heaving and tears of profound gratitude were flowing freely.
How Sweet It Is (To Be Loved By You!) Indeed!

The Being whose embrace and understanding made my heart sing "I want to stop and thank you, Baby" was none other than the Beloved that evoked the mystical poetry of Rumi and Hafiz. In my heart of hearts I was embracing, and being embraced, by the One Love that permeates heaven and earth!  Awash In Love, Ecstatic, I was one of those freakin' Mystics!

I guess that blows my cover as a staid and solid practitioner of Mindfulness, huh?

Although it is true that the Practice for me has focused on the teachings and meditative disciplines of the Buddhist tradition for well over forty years now, I am well aware that it is not the only path to the Realization of the Sacred.  One of the very first quotes from Gandhi that I read that day long ago was a response to the question, "Are you a Hindu?"  Gandhiji replied, "Yes I am. I am also a Muslim, a Buddhist, a Christian, and a Jew.”

I got goosebumps.  That statement Presented a Truth that resonated with something deep inside me.  I've been exploring that for a long, long time.

Over the years, I've studied the scriptures of the world's religions, participated in rituals, and investigated a variety of techniques.  I've blissed out on the Bhakti of Kirtan Practice.  I've danced with Sufi's.  Done psychedelic sweat lodges.  I've had my moments with Jesus as well.  I am deeply grateful to have experienced the One Love in a number of Peak Experiences, Big Ones and Little Ones, over the years.

Yet, I've found that the Peak Moments are just that.  They are moments.  (occasionally strung out like the jewels of a necklace over the course of hours and hours) Although one can be launched into personal experiences of the Divine, of Eternity, of Perfection, of Boundless Love and Absolute Truth, they are just moments, wonderful places to visit -- but. being serious about this Bodhisattva thing, I wouldn't want to live there -- even if I could.

Stumbling Along the Path of the Bodhisattva

Through time, effort and patience -- on and off the meditation cushion -- the subconscious patterns that operate to separate us from ourselves and others are ultimately seen for what the are. As their energies are experienced directly they can be transmuted. They no longer dominate the way that we see and react to the world.  Healing into our True Nature, we become Healers -- in whatever small way that we can.

Standing at the table in the park that day in the summer of 1965, I picked up a third book.  Amidst those Moments yesterday, I remembered that that I also bought  Gitanjali (Prayerful Offering of Song) by the 20th century Hindu Mystic Sage and Poet, Rabindranath Tagore.  I had no idea who Tagore was at the time, but Gitanjali had an introduction by William Butler Yeats who I'd heard of --and the small hardback treasure was printed before WWI in London! It was antique and exotic!

Yet I opened the book and was deeply touched as I read the first poem.  Not quite understanding where Tagore was coming from, I was still hooked, a bit haunted.  I pulled out another dollar bill, put the third book in the bag, and walked home.

Still on my journey home years fifty years later, having once again Blissed out on the Grand Beneficence, the first poem read that day in Tagore's Gitanjali now makes perfect sense : 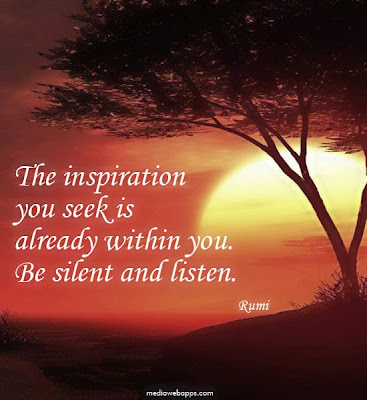 Thy infinite gifts come to me only on these very small hands of mine. Ages pass, and still thou pourest, and still there is room to fill.
Posted by Lance Smith at 8:57 PM