“Do not grow old, no matter how long you live. Never cease to stand
like curious children before the Great Mystery into which we were born.”
― Albert Einstein

"Attention is energy.  What you pay attention to you get more of."
-- Stephen Gaskin 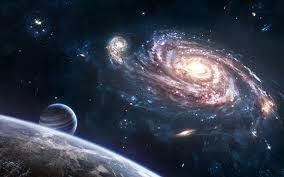 As a kid I was extremely curious. I think we all were--although many of us were quickly conditioned to stifle it and "get with the program. " Somewhat clueless themselves, many parents and schoolteachers couldn't deal with our incessant questioning.  It scared them.

I remember stumbling across a broken camera in an alley when I was about ten years old.  I took it home and immediately took it apart.

Then, I wondered why the heck the world was upside down when I viewed it through the single lens I extracted from that camera! After fooling around for awhile with the various lenses I then collected, I figured out how to right the image and make it larger.  I made a telescope.  I then made a log of the motion of Venus as it passed over the rooftop of the building across the alley.

Later that same year, I discovered that an electric car I'd received as a Christmas gift made static on the radio's speakers whenever its path took it close to the radio.  Again curious, I took the car apart and discovered that the sparking of its electric motor created radio waves! Before all was said and done, I had cobbled together a homemade keying device and learned morse code so that I could send messages through space using these invisible waves of energy.

This early interest in invisible waves of energy continued.

In junior high school I became a ham radio operator -- and a musician.  Sound waves, radio waves, light waves.  They all fascinated me.  The idea that these waves operated at different frequencies, at different rates of vibration became clear to me. I learned how to tune my guitar.  I learned how to tune my homemade transmitter to deliver maximum power at a particular frequency.  When the electronic attributes of a circuit hit a point where the rate of vibrations synched up perfectly, Shazam!  With the same amount of power that it took to light up a 75w light bulb, invisible radio waves could radiate from my wire antenna near Chicago, reflect off the freakin' ionosphere, bounce back to earth and back to the ionosphere a few times -- to be heard in Antarctica!  How cool is that?

By the time the Hippies were happening in Haight Ashbury a handful of years later, even at a distance, I was quite inclined to believe in the term "the vibes."  I didn't find it odd at all to believe that there was a dimension of experience that involved invisible energies.  I'd been experimenting and playing with invisible energies for years.  Experimenting with mind-altering drugs was just an extension of my own curiosity about the nature of reality.  I was soon exploring yoga and meditation practice as well.

In the course of the next few years, with the support of a number of friends/kindred spirits (we actually formed a short-lived "commune" in the early 70's), I learned that one didn't have to do drugs to be in touch with a subtle dimension of experience where other energies were at play. If we pay attention, "the vibes" are as perceptible as the wind on our skin.  Then, I came to see that, just like in music and radio, there were certain principles at work.
(READ MORE)
One Love:  One Truth, Many Paths 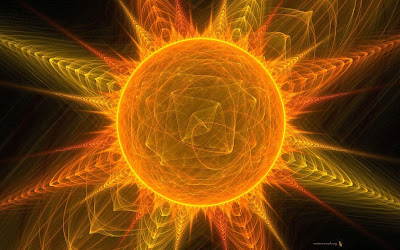 Of course, the Hippies weren't the first to discover all this.  The realization that there was a spiritual dimension to Life has been around a long, long time.  Unfortunately, the belief structures and institutions that emerged all too often became a source of conflict.

Fortunately, there were also those folks throughout space and time who saw through the illusion of fundamental separation.  In the West, one such tradition of teachings is known as the Perennial Philosophy.  I first saw it referred to in Frontiers of Being, a book written in 1969 by Duncan Blewett, a Canadian psychologist engaged in LSD research.

The Perennial Philosophy traces its roots from the Neo-Platonism of the middle ages in Europe through the Transcendentalists (Emerson, Thoreau, etc.) of 19th century America, and into what many have called the New Age Spirituality of our times.  (In 1945, the British Novelist Aldous Huxley wrote a book by that title.  The book jacket states, perhaps a bit ominously,  "[Huxley] provides us with an absolute standard of faith by which we can judge both our moral depravity as individuals and the insane and often criminal behavior of the national societies we have created. ")

The basic premise of the Perennial Philosophy is that all the world's religions share a single, fundamental Truth, a Truth directly perceived through the "mystical" experience of it's founders and subsequent prophets, seers, sages and saints.

I think a whole lot of us who came of age in the psychedelic 60's and 70's tapped into that experience -- with or without drugs.   That era held a widespread Collective Kensho involving the deep recognition that we are, each of us, inseparable parts of an Essential Oneness.  Many of us saw that we are not only "all in this together", we are all this -- together.

Once our Essential Oneness is understood, it's not surprising that each of the world's major religions place a fundamental importance on Love and Compassion.  Jesus claimed that it all boils down to loving God (The Infinite Everything that Is and Can Be) and loving one another. (love your neighbor as yourself.) Five hundred years before that, Buddha said that the only eternal law is that hate doesn't cease by hatred, it only ceases through love.

The other major religions seem to agree.  They all go on to propose some form of the Golden Rule and lay out pretty similar ethical frameworks for our behavior: don't kill, don't lie, don't cheat, don't steal, etc.   It only makes sense, right?  That part of us which experiences ourselves as individuated focal points of awareness in relation to the "other" beings out there should be kind and caring.   After all, at the deepest level you and I are One, the warp and woof of the same Grand Tapestry.

Albert Einstein, a man who never lost a childlike sense of wonder as he danced along the edge of Science and Mystery, discovered that matter and energy and light are fundamentally the same thing.  Once that is understood, its pretty easy see some common principles at work.

In theory and in practice, it's all about vibrations, waves, and fields:  Energy can be focused.  (Did you ever focus sunlight through a lens? )   Energy radiates.  (Throw a rock in a still pond sometime -- or just turn on a light switch.)  Energy also resonates.  (Sing in the shower and find the note where your voice is amplified dramatically by the acoustical dynamics of the physical space.)   Physicists and engineers have been all over this for a long time.  There are principles that describe the behavior of energy.

The hippie Spiritual Teacher Stephen Gaskin, among others, points out that our attention is also part of the equation.  Attention = Energy = Matter.  That being so, where and how we focus our attention becomes profoundly important.  The energy of attention has a tangible effect not only on an individual's own experience, that effect is also radiated outward.   A quality of awareness that is truly attentive, open, curious, kind, and caring is an energy that vibrates at a different frequency than that of a consciousness that is grasping, or fearful and angry, or distracted and confused.

The many Saints and Seers and Seekers and Sages of the world's religions throughout time saw this clearly.  They realized that the Spiritual Energy of Love not only palpably touches oneself and others, it also resonates deeply with Something deep within and beyond us, a field of energy that seems limitless, infinitely inclusive and expansive.  Some folks refer to that Realm of Being as God, some folks may call it Shunyata, the Tao, Allah.   I call it One Love.  (A rose by any other name...... )  As we grow in our ability to "vibrate at that frequency", we resonate with that.  This then has a subtle, yet profound impact on our life and the lives of those around us--and even beyond that.  If you're paying attention, you can see that play out directly. 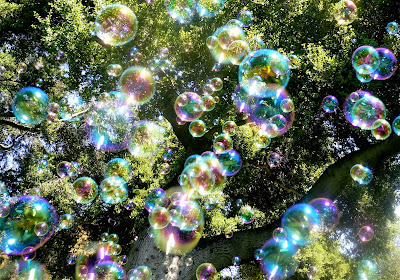 Although any attempt I've made to answer the question "why is it this way?" dissolves into the Great Mystery and continues to brings forth a sense of childhood wonder and deep curiosity, I certainly have witnessed a basic operational truth in my life: the kinder and more compassionate I can be, the better things get.

The impediments to being kind and compassionate are, of course, many, varied,  and deeply engrained.  We've been conditioned by a highly judgmental, fearful, and often unkind modern capitalist society.  This makes Simple Kindness and Compassion an exacting discipline.  Yet, without an Open Heart and a Clear Mind, any actions we take in our lives -- and in our world -- will ultimately ripple forth and bounce back as a reflection of our fear and anger.

That's why I Sit most every day.  I've been doing that for decades now.  It's just like tuning up the guitar each day.  For the past several years, I've also been working with the Lojong Trainings -- on and off the zafu.  Studying and practicing he 59 slogans of these Tibetan Buddhist teachings helps me to stay "in tune" within the activities of everyday life.  Although most days don't pass without me thinking, at least once or twice,  "I sure could have done that one better", for the most part, life has become much easier -- and much more satisfying.

The cultivation of kindness and compassion -- and the on-going curiosity necessary to stay truly Present enough to act skillfully-- takes time and effort.  It takes Practice.  Yet, I can't think of anything more worthwhile to do.

Nice post on self recognition and memory of soul's lead through the years that have gotten you to, here and now. Einstein opened the door or window for many to seek to find. He had stated he was not a genius, just passionately curious.

It's always nice to know of such souls who came before us with which we resonate and experience guidance on our path through this jungle of static, noise, and distorted vibrations. When we check in on our feelings, seems to say, we are checking in with our soul, who, we actually are, and will always be. To thy own self be true, it will set you free and clear the static. stillness with self as you say, feels to be...the only way to know static needs to be address in the first place, leading the way to finding and feeling, peace and joy and ones true, soul's desire, while living here on schoolroom earth.

Yes, the 59 slogans do make life richer, and they make me more aware of how I could've acted and thought differently. Still, well worth the effort to study them. Thank you for your post!

Thanks for checking in.
One Love,
Lance