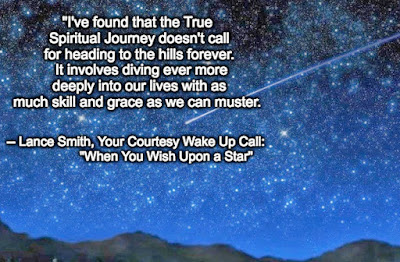 I had absolutely no idea what my next move would be.  Over the years, I had often thought, "once the kids are grown, I can finally DO IT!  I'd get to the monastery or ashram and find The Teacher -- then really get spiritual."

So much for that idea.

Although I had again experienced a number of deep "openings" in the cauldron of Zen Training as envisioned by Roshi John "Daido" Loori, I knew that the rigid, hard-driving, and unabashedly hierarchical nature of the Roshi's "Eight Gates of Zen" didn't ring true for me.  Though I respected many of the folks involved, and saw that the monastic life appeared to work for some, I now knew I wasn't going to get off that easy.  I was going to have to get out there on the streets and figure it out for myself -- again.

As I sat there, absolutely clueless, an image of the book Jonathan Livingston Seagull came to mind. Then, like that intrepid avian seeker of perfection, I thought, "Just hang onto the wind and trust!"  At that very instant, a shooting star flashed across the night sky directly in front of my eyes to then disappear into the tapestry of countless stars and fathomless blackness reaching overhead.

The decision made and "confirmed", the next morning, I ate crow (I had made a year's commitment), and announced my intention to leave.  My favorite monk and mentor there, Ryushin, who would later become the Abbot of ZMM*,  challenged me directly about breaking the commitment I'd made.  "How can you live with yourself?" he demanded.

I replied that although I may have sometimes bailed too early on a commitment in the past, the truth of the matter was that my usual modus operandi was to stick with something long after it was obvious that it made no sense to do so.  I wasn't going to do that again.  It was time to go.
I don't know that he agreed with my decision but, bless his heart, he hugged me as I departed.

I think for a lot of us, the notion of "breaking free" from the incessant busyness and demands of the "rat race" has been quite appealing.  For some of us geezers who had experienced the widespread Spiritual Awakening of the 60's, "heading for the hills" often meant heading to the ashrams and monasteries (or the hermit's huts and caves) to find the Ultimate Answers to Life.  I, myself, had made a number of such journeys over the years as I stumbled ahead.  My tour of duty at Zen Mountain Monastery was, I think, the final time I barked my shins on the way up the wrong tree.

I realized this time, in my bones,  that the true spiritual journey for me was one of the integration with, not separation from, what first Zorba the Greek, then Jon Kabat-Zinn characterized as the "full catastrophe" of Life.  I was going to trust my fate and surf samara as best I could.

This doesn't mean that I don't think there are Teachers and Teachings and Spiritual Communities that can provide us with a degree of support and guidance along the way.  The opportunity to engage in intensive meditation retreats is a blessing, and I am so grateful to have been able to dive deeply into days, weeks, and months of such settings over the years.  I honor and respect the efforts of those who have dedicated their lives to these efforts and will continue to sing their praises at times. (In fact, I highly recommend that you attend a meditation retreat if you haven't yet.  Even a full day or a weekend can be transformative.) 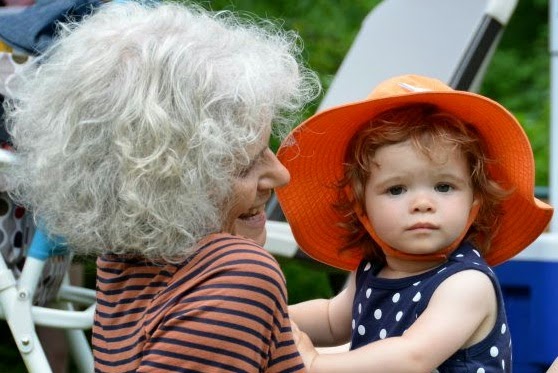 Once we discern that our deepest yearning is to love unconditionally and to help out as best we can, Practice unfolds as both the means and the ends of cultivating the clarity, kindness, understanding,  compassion, and equanimity to do that. With Practice we learn to be more fully Present, to engage life with all our sensory apparatus functioning, with an Open Heart and Clear Mind.  Rather than sleepwalk through our lives on automatic pilot, lost in our thoughts and daydreams, we vow to awaken.  We face ourselves and our lives squarely -- ready to rock!

* several years after our encounter, Ryushin left the monastery -- and his marriage.