Opening the Hand of Thought

"If we open the hand of thought that grasps "this person" (that is, our self) as the center of the world, then our lives broaden and our hearts open to all beings."
Shohaku Okumura, Realizing Genjokoan: The Key to Dogen's Shobogenzo


No doubt about it: I'm a Spiritual Geek.  Although Sitting is at the Heart of Practice for me,  I am an inveterate bookworm.  I always have a stack of books on my desk and alongside my bed.  I generally spend some time most days going over spiritual teachings in their written form.

For awhile now, I had been re-reading Pema Chodron's Living Beautifully with Uncertainty and Change, digesting it a chapter at a time once again before retiring at night. (I also acquired a series of talks she gave during a retreat that introduced the book and listened to it while commuting from Barre to Greenfield several days a week.)

With these offerings, Ani Pema presented a three fold Practice for engaging life directly "off the zafu." Rather than spin out in the habitual patterns of reaction as we're accustomed to doing, we can remember to:
Be fully present (perhaps using a few breaths and the sensations in our body as anchors to the present moment)
Feel our hearts
Engage the next moment without agenda

This Practice can change everything -- when I remember to do it.

More of the Same, Only Different

Several weeks ago, I spied a copy of Shohaku Okumura's Realizing Genjokoan: The Key to Dogen's Shobogenzo laying in the back seat of my buddhy Peel Sonier's car as we're driving to Greenfield for the #OMG! Noon Sit.  Having been hoodwinked into a bit of koan study by Daido Roshi during my residency at Zen Mountain Monastery (a funny tale which I won't go into here), I had been deeply touched as I studied Genjokoan with the Roshi.   Having been also touched by the writings of Okumura, one of the founding forces of the Pioneer Valley Zendo in neighboring Charlemont, and his teacher, Kosho Uchiyama,  I immediately asked Peel if I could borrow the book.  He smiled and said "sure."

The timing was perfect.  Sometimes the right book at the right time can make all the difference.
(READ MORE)
As many of you know, my life has been quite topsy turvy for months.   Although my "normal" life was pretty unconventional, it did have its re-occuring rhythms, its routines and rituals.  There was MMM and the Mindfulness Circles and #OMG Noon Vigil!, and my solo morning sit most mornings.   There were often mornings that included a walk along a rural road beneath the Pocumtuck Ridge to the bus, then coffee at Greenfield Coffee when I was in the Pioneer Valley,  or Morning Coffee at Betsy's when I was on the far side of the Quabbin Reservoir on the weekend.  Then, most evenings, wherever I was,  I read at least a few minutes of Dharma before I turned the lights off.  I'd then turn my attention to my body and breath, meditating, often noticing a few dream bubbles before I fell into a deep sleep.

With Betsy's car accident and injury in late March, I became a commuter.  I was on the road most days of the week, shuttling an hour back and forth between her cottage nestled on a hill outside Barre and my activities in Greenfield.  I then gave up my room at 108 in South Deerfield and moved to Barre full time. With this move, many of the routines that had been the fabric of my life for years and years dissolved.  As the Buddhist teachings on Impermanence became more clearly evident in the reality of my days. poking my nose in to Okumuru's book has been quite helpful.

In the book Opening the Hand of Thought, Okumura's teacher, Kosho Uchiyama Roshi, had introduced me to the traditional "two truths" of Mahayana Buddhism in a fresh and useful way.   In his teachings, he offered a clear distinction between Life and what he termed "the scenery of our lives".  What Roshi presents as Life is the Absolute, the Universal Oneness that flows within us and that we flow within.   It's what what I've come to call the One Love, the simple and ordinary Sacredness that glows in each moment.

Then, on the relative level, there is "the scenery of our lives", the myriad details of our individual existence.  It includes all the deeply engrained habits, the roles we play, our moment to moment experiences and the actions we take in the cauldron our day to day existence.  It's the stuff we are as finite beings, the stuff we deal with every moment--until we die.

It is here that another notion offered by Okumura was really helpful.  His teacher, Uchiyama Roshi, had coined the term "opening the hand of thought." Though essentially the same as "letting go" of thoughts, this term was a word picture that gave me an even deeper recognition that many of the narratives and commentaries that run through our minds are simply our "grasping" to be someone within the ever-changing flow of events we are part of.  Seeking some semblance of security within the ever=changing flow of experience, we habitually cling to what we want (or push away what we don't want.)  This becomes embedded in the storylines that dominate our attention.  Our suffering emerges from that process.  Opening the hand of thought, we are freed to open to Life in a more complete way.  Beyond all our thoughts and interpretations, It simply is what it is.

On Proofs and Puddings 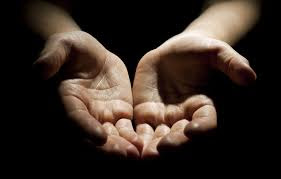 During these past few months, I've sometimes felt the dissonance between what "my life" had been and this new incarnation that had me commuting back and forth the hour from Betsy's.  A creature of habit (as most of us actually are), I'd sense a conflict between what "I wanted" and what was emerging right in front of my nose.  I'm so grateful that it has become easier and easier to simply "open the hand of thought", take a few conscious breaths, feel my heart -- and turn to exactly what was happening around me. with the intention to help out as best I could.  (That is, after all, the Bodhisattva Vow in a nutshell, no?) Again and again these past months, the "drama" has dispelled more readily, and I was able to take care of business right there and then, often with some semblance of grace and efficiency.

Difficult Moments, of course, re-emerged as story lines amidst moments of frustration or confusion or fear.   After all, I've spent much of my 71 years building up and reinforcing a set of habitual reactions.  Yet, I've seen more and more clearly during this time of transition, that at any one moment there is a fundamental choice to be made: I can collapse in and identify with my own "plight", or I can simply "open the hand of thought", take a few breaths, feel my heart, open to the next moment without clinging to my own agenda.  Life is ceaseless Practice.  In being more fully Present, I can see what. if anything,  needs to be done.

Ever more deeply "it is what it is" has become an open invitation to be present in a loving manner, instead of a glum resignation.

I can certainly live with that!
Posted by Lance Smith at 4:40 AM

Thanks for this one, Lance. Not a moment too soon. Right after I completed 1/2 a dozen pages in my journal about how sick and tired I am living the lie of who I am and am not. So very tired of my defensive armor showing up to "protect" when I so desperately need to be my authentic self - as confused and inept and painfully vulnerable as that authentic self may be.

Feel the heart (no matter what the overprotective ego says, it IS there)

Engage the next moment without agenda (anything less is exhaustive, needless suffering)

So glad the "timing was right". Your parenthetical commentary on this three step Practice, was exquisite. Thanks.
For Now --Always,
Lance

I must say Lance, you really know how to write. The post is such an inspirational one and delivers a really strong message. Keep it up.

I'm glad you found some inspiration here. In actuality, though, I don't "know" that I know how to write. I just manifest enough "not knowing" to breath some life into the words it seems. Sometimes the fingers just seem to dance along with a will of their own.

But, looking at your return address, I will trust that you know what you're talking about, defer to your expertise -- and bow deeply in gratitude.
One Love,
Lance