Dear Folks,
Life has been quite full and rich and mostly quite positive for quite awhile now. Yet this past week, I noticed I was roller-coastering through some dark energies, feeling some deep angst and confusion. I also saw that I was, once again, increasingly addicted to spending way too many hours glued to a video monitor, computer screen, or the iPhone.

I'm grateful to the Practice -- and being 72 years old.  There's been lots of time for trial and error.  Rather than allow my conditioneed reaction to these energies propel me into utter burn-out as I had a number of times over the years, I was able embrace them in mindfulness, explore them deeply, compare notes with a couple of my buddhies -- and then figure out what I needed to do.

Although the external situation was quite different (that was the depth of winter and we are still in the midst of a serious summer here),  I encountered a similar internal condition a few years ago.  At that point I went off-line for a day and also decided to consider committing to a lifestyle that included, as Vietnamese Zen Master Thich Nhat Hanh suggests, spending one day a week as a Day of Mindfulness.  Here's that day's post.  Stay tuned for more.
One Love,
Lance
Originally posted:  February 1, 2015.
"Somehow we must find a way to allow each worker a day of mindfulness.
Such a day is crucial. Its effect on the other days of the week is immeasurable."
--Thich Nhat Hanh, The Miracle of Mindfulness

"Blow up your TV.  Throw away your paper."
-- John Prine, Spanish Pipedream 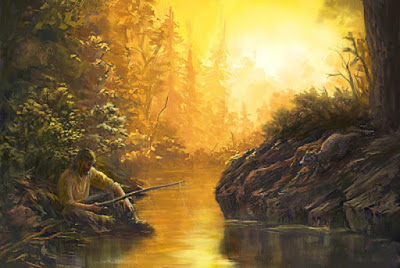 After a week in Chicago with my son and his family (complete with daily overdoses of internet, iPhone and television), then a long delayed flight day back to the Pioneer Valley on the tail of one snowstorm, then two full days of non-stop activity on Sunday and Monday with Winter Storm Juno glowering on the horizon, I found myself spending  hours and hours on Tuesday plugged into the Weather Channel's livestream broadcast, immersed in the media excitement of the blizzard that pummeled the Northeast and dumped 36 inches of snow an hour east of here.

Of course, well primed and pumped, I was multitasking all day as well.  Texting and instant messaging and emailing and FaceTiming and surfing the web in search of this bit of information or that bit of Facebook news or gossip, I was constantly "connected" to colleagues, family and friends, wired for action.

I was Busy.  Buzzing.  Buzzed.

I bopped until I dropped, bone-tired, at about midnight.

On Wednesday morning when I rolled over to look at the silent snowscape outside the window and listened to the birds twittering within the silence of a brand new day, I knew immediately.  The decision emerged from my bones, not my head.

I needed to pull the plug -- literally and figuratively.  I had spent way too many hours spread across way too many days immersed in my own version of the hyper-cyber modern mainstream mode.  It was time to turn off all the devices, hang a "gone fishing" sign on the door of my life, and spend the the day in silence.

Of course, I couldn't just disappear.  (I'd done that once before in my life in a dramatic and extremely unskillful fashion. A long story best left for another time.)

So, I quickly checked the calendar.  Breathing a sigh of relief, I then scribed a note of explanation to my housemates to prevent any embarrassing confusion about my silence during possible encounters that day.  Being responsible, I quickly responded to two texts with a similar explanation and turned off the iPhone.  Being irresponsible, I decided against taking the time to do a general email, a Facebook post, etc.  ( I mean really!?)

Instead, I brushed my teeth, peed.  Then I walked across the room to my little corner of the world, bowed, lit a stick of incense -- and Sat Still Doing Nothing!

By the time I crawled away to bed Wednesday night, I had spent about 5 hours on the zafu in formal meditation in my room and a half hour Sitting on the Greenfield Town Commons.

Eschewing reading (even dharma books), I had done about an hour of Hatha Yoga, taken a walk, cleaned my room, watered and staked up a jade plant that had gone horizontal in search of the sun, prepared and eaten three meals and cleaned up afterwards and, of course, made a number of trips to the bathroom.   (My prostrate seems to be almost 69 years old, although I, of course, am much younger than that most the time.)

For about 14 hours, I had not looked at a screen or a printed page or listened to any sound through any form of electronic device.

The only spoken words exchanged all day were a with my Dharmabuddhy Paul to let him know that I was doing a day of silence when he connected to pick me up for our ride to the #OMG! Peace Vigil at noon in town -- and my brief response to  a very juicy "Hi! How are you?" from a bright-eyed young woman,
(READ MORE)
a fellow Greenfield Coffee regular, that I met on my way up the sidewalk to the commons.  As I continued walking at that point, a grin came to my face as I remembered the Zen story about a monk who is chastised by his brother monk for carrying a woman across the muddy road.

In a similar vein, I also exchanged a few more words with Paul because his new locking gas cap was stuck, offering to see what I could do to help after we Sat for half an hour.  (In an attempt
at full disclosure, I also admit that at one point I forgot and began saying something to my housemate Amanda in the kitchen before her startled look stopped me in my tracks. )

The rest of the time, whether in formal meditation or not, I allowed the chattering and buzz of my media infused monkey mind to wander off in search of bananas elsewhere.  When it did return, it had calmed down a bit.  Embraced gently in the vastness of the jungle and blue sky, it took its rightful place alongside the twittering birds and dancing sunshine rather than dominating my mindscape.  It even stretched out and took a nap.

I do love it when that happens.


The venerable Vietnamese Zen Master Thich Nhat Hanh recommends that practitioners observe a Day of Mindfulness one day each week.

Although I've participated in many silent retreats over the years, ranging from a half-day to thirty days, I've never committed to that particular practice.  (I did commit to a half-day a week years ago with my partner at the time.  That lasted for about five weeks.)

Now, sitting here, the question emerges:  Why not commit to a Day of Mindfulness each week?  (Hmmm.  A small band of chattering monkeys just scurried higher in the tree, screeching in fear...)

I think I'll Sit on that One for awhile.

P.S.  If any of you have any experience with a one day a week commitment to Silent Mindfulness Practice, or any thoughts on it, please comment here or email me at thishazymoon@gmail.com
Posted by Lance Smith at 4:50 AM

Shabbat Shalom! This sounds to me a lot like the Sabbath.

I spent two years living in group house with a hippie, Rainbow, medicine man rabbi, Moshe Blatt. The focus of the house was the Friday night open house pot-luck celebration. A few years later, living in Portland, Maine, I invited people from the street and others to a weekly celebration at my apartment. Not exactly what you are talking about, but very fulfilling for me.

A sort of New Age definition of Shabbat that resonates with me is a time set aside with no compulsions, meaning do whatever you want, even work, but only if it doesn't feel forced. If the meditation felt forced I wouldn't do it. Some ideas for recommended types of activity are love-making, long walks in nature, reading inspiring books.

Not the same as what you speak of, but with some similarities.

Shabatt Shalom! Thanks for chiming in, Brother Don. I think the bottom line is Making the Sabbath Holy, no!? Making the Space. Taking the Space. Holding the Space to relax beyond the ordinary hustle bustle of the modern capitalist hard driving sped up way of life we're immersed in.
I think what your alluding to IS what I'm talking about in a very real way.

I, of course, just like to Sit Still and feel The Silence, but hanging with Special friends doing Special things like hanging with friends, reading inspirational books, long walks, sounds great.
🙏❤️
One Love,
Lance