IMHO, Spiritual Practice isn't about bright lights and all that fancy magical "woo woo" stuff.  Nothing should insult our basic intelligence.  Yet, sometimes the Universe  really does lay one on you.


It happened almost exactly five year ago one morning as I struggled to write a fitting memorial to Hippie Spiritual Teacher Stephen Gaskin who had recently made the Grand Transition.

This morning, I was quaffing my first cup of coffee in a couple of days watching bubbles of confusion and angst float through my awareness.  I still was struggling with an attempt to put into words my thoughts and feelings about the passing of Stephen, a man whose Presence and Teachings had a  profound impact on my life.

Then, (probably with a furrowed brow), I decided to reach for my cell phone to check my email -- and perhaps just fall back and select an old post to republish.

I have no idea what strange permutation of the Google space time cyber continuum could have possibly generated and delivered to me the email version of a post I'd written six months before -- especially at that very moment!  It had never happened before.  (and hasn't since)

It got even more mind blowing!

As I often do, I had begun the post with two quotes.  The first was from my current Dharma mainstay, Pema Chodron.  The second quote was from from Stephen Gaskin! (who I've rarely quoted here.)

Try as I may, I have no rational explanation for any of this.  All I can do is grin, offer a deep gassho to Stephen, and to the Primordial Comedian of the Cosmic Mystery Medicine Show -- and renew my commitment to lighten up!  Here's that post! 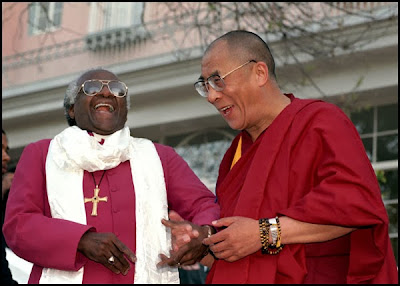 Although some of us may have experienced lives of relative comfort and success, to then realize that there was still something lacking, I think many of us were drawn to the Practice because we'd had a hard go of it.  We'd led lives that included serious trauma and/or significant emotional distress.

So, when we stumbled across Buddha's First Noble Truth, it rang true.  We knew suffering to be real in our lives.   Reading on, we learned that this Sage had also proclaimed that there was a reason for suffering. -- and, even more importantly -- a freakin' way out!!?

Even if we were drawn to other spiritual traditions as we entered the Practice, I think there was often a similar dynamic.  Whether we were seeking nirvana or heaven,  sat chit ananda or atonement, we were looking for Light at the end of the tunnel, some form of release from this "veil of tears".  Then, whatever our path, at a certain point we knew that if we "wanted out" we had to get serious about it.

Unfortunately, some of us then got deadly serious about it.  I, for one, know that at one point my friends used to hate to see me coming.  I could quickly squeeze the life out of any party.  I was so serious!  I didn't realize that the Practice could involve having some serious fun.  I didn't realize that in order to really see the Light, it is helpful, maybe even crucial, to Lighten Up.

Although some forms of humor can be mindless and cruel, I think humor, at its best, is High Magic.  It's a Holy Balm, a Healing Art.  If some future Worldwide Buddhist Conference was considering the addition of a ninth element to the Eightfold Path, Right Humor would get my vote. Although I don't think that the College of Cardinals would go for it at this point, I'd also recommend that any candidate for Pope should be able to master appropriate "one liners" -- preferably off the cuff.   I'm hoping that at some point an archeologist will unearth ancient scrolls containing the Jokes of Jesus to educate future Popes -- and, of course, strengthen my case.

But I digress...
(READ MORE)
Joy to the World Revisited

The 21st slogan of the Lojong Trainings* of Tibetan Buddhism is: Always Maintain Only a Joyful Mind.  Pema Chodron, among others, points out that this primarily involves "lightening up".   It is a healing art.

As part of our Practice, we can choose to approach the events our life with genuine curiosity, appreciation, and a sense of lightness.  More than anything, this calls for freeing ourselves from the clutches of a judgmental mind that emerges from grasping onto a fixed model of how it "should be." Putting some space around this ( take a deep breath, relax your shoulders, let it go, feel your heart), opens us to a much grander reality.

Like any quality of heart/mind this is something that we can cultivate.   With Practice,  our sense of humor deepens and emerges more freely.  Thich Nhat Hanh even recommends that we meditate with a "half smile" on our lips to prime the pump.

The Latin root of the word humor actually meant "moisture, fluid."  That makes sense to me.  Humor often serves to lubricate things, to loosen them up.  I think we've all seen how a bit of spontaneous wit, a laugh, or  just a simple smile at the proper moment, can transform a situation, releasing us when we were apparently stuck between a rock and a hard place.

There is a certain movement of energy that occurs with humor, a form of release that has a healing effect. Norman Cousins, longtime editor of the Saturday Review, famously claimed that ten minutes of belly laughs while watching a Marx brothers film could give him hours of relief from the pain of a fatal debilitating disease--and that this "laugh therapy" extended his life for years.

As the Practice develops,  we also come to see that being of "good cheer" isn't just a quality of consciousness that makes Life flow more easily, it also has great wisdom.  As Practice develops, we are able to perceive even our own rather dysfunctional patterns emerge and meet them immediately with a grin rather than allow them to sweep us along into the same untenable position time and time again.

Although a perception of the Truth of the Matter can sometimes come in tears as we open our heart, it can also readily appear with a smile,  a chuckle -- or a belly laugh.  We catch a glimpse the Real Deal --and It's a Hoot! I'll take it any way it appears. 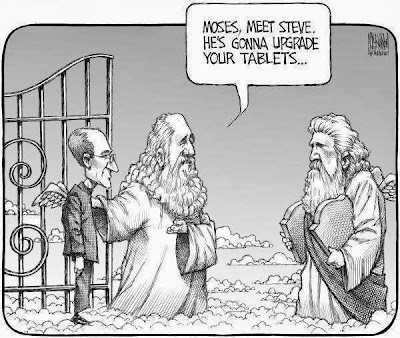