"True compassion does not come from wanting to help out those less fortunate than ourselves but from realizing our kinship with all beings." -- Pema Chödrön

"In all activities, train with slogans."-- The 9th Lojong Slogan 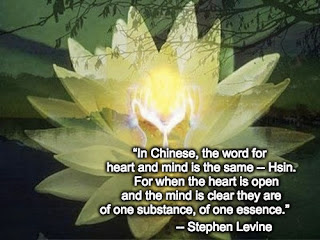 I've had my nose buried in books a lot this past week, diving once again into a stack of works on the Lojong Trainings.

Although the 59 slogans of this Tibetan Buddhist system of training the Heart and Mind were passed on as secret teachings in Tibet by the ninth century emigre Indian teacher, Atisha, they were codified and opened to a wider audience by Tibetan teacher Geshe Chekawa in the 12th century.

Now, in the 21st century, that audience has become worldwide.  Here, in the melting pot of American Buddhism, there are numerous translations and commentaries on these Teachings in English -- and not only by teachers in the Tibetan tradition of  Pema Chödrön and her teacher Chögyam Trungpa.  In fact, these days my favorite book on Lojong is that of Zen teacher, Sensei Norman Fisher.  His book, Training in Compassion: Zen Teachings on the Practice of Lojong, rocks!

In print, in digital media, and on the web, viewing the vast array of material on Lojong available today is like peering at the rainbow facets of a diamond while slowly spinning it around in the sunlight.  It's dazzling.

Of course, studying is one thing.  Unlearning the habits of a lifetime is another.  Since we were in the womb (if not before that,) we've each been immersed in a pool of energies that have conditioned us in ways that disconnect us from our True Nature.  Rather than face the world with an open heart and clear mind, we were taught to distrust ourselves, others, even life itself.  In light of this deep-set conditioning, the effort to recover our natural compassion and wisdom takes commitment, energy, and patience.

It takes Practice.
(READ MORE)
A half a century ago, struck by a suggestion by Ram Dass in his classic work, Be Here Now, I wrote a couple of "reminders" with colorful magic markers on index cards and taped them at eye level at strategic points around the house.  The first was "BE HERE NOW."  The second was "BREATHE!"  Often, when my eyes caught a card during the course of the day, I remembered!  If only for a moment or two, I had the opportunity to interrupt the habitual narratives running through my head and re-calibrate the focus and quality of my awareness.

It was quite helpful.  Over time, I internalized the reminders more and more.

The Mind Training Slogans of Atisha are, to say the least, a bit more sophisticated approach.
The 59 slogans are organized into 7 Points with the purpose of guiding one's Practice--both on and off the meditation cushion.  In familiarizing yourself with the slogans, in taking time to reflect on their meaning again and again, the idea is that you'll be more likely to remember to be view each experience as an opportunity to be present. to engage your life with an open heart and an open mind.  Rather than react in our "normal" -- and oftentimes unconstructive -- habitual manner to the world inside and outside of us, these one of the slogans may arise to help us to pause, to interrupt the automatic reaction.   With Practice, we train ourselves toward greater openness, kindness and compassion. 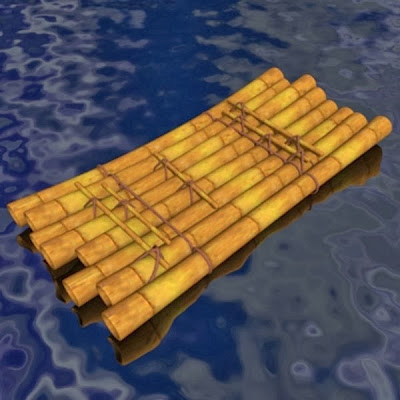 Then, in a delightful--and very Buddhist, manner--we find that the slogans are also systematically designed to self-destruct.  (Slogan 4: Self-liberate even the antidote!)  The slogans aren't presented as absolute truths in and of themselves.  They are merely ways to frame one's experience.  Like rafts along the river of your own mind,  these slogans become vehicles for taking the Practice deeper.

Then, as Pema Chödrön sees it, the Lojong Training raft doesn't even get you to the other shore.  As the Practice deepens, the raft just disintegrates -- leaving you there with no ground to stand on!

All you have left, then, is a clear and open mind -- and a kind and compassionate heart.

How cool is that?
PS.  Prodded to do so by one of the members of the Mindfulness Circles I facilitate, I dove into the study of Lojong five and a half years ago.  Being an inveterate geek, I read and re-read a handful of book length commentaries on the 59 slogans, then read a slew of articles, and listened to a number of talks.  It was fascinating -- and increasingly useful.
For over three years now, I've been choosing a slogan at random each day to focus on as I awake each morning.  (Being the 21st century, I select that slogan using a random number generator on my iPhone. Oy vey.)  After I cast the day's slogan, I then usually read a brief presentation and commentary on the slogan by Acharya Judy Lief in Tricycle Magazine On-line .
If I have time that day, I'll then re-read a commentary or two.  Since I've been through each of these commentaries numerous times now, I'll often head towards the specific commentary that I feel might be the most relevant and useful given the specific things I'm facing that day.  I'm amazed at how often the "perfect" slogan emerges.

If you're interested in looking further into these Teachings, a couple of years back I put up an annotated bibliography of print and audio/video material at http://alaymanlooksatlojong.blogspot.com/p/another-disclaimer-although-decidedly.html