“The Buddha’s principal message that day was
that holding on to anything blocks wisdom.
Any conclusion that we draw must be let go."
---Pema Chodron

"We have to be open. And we have to be ready to release our knowledge in order to come to a higher understanding of reality."
-- Thich Nhat Hanh 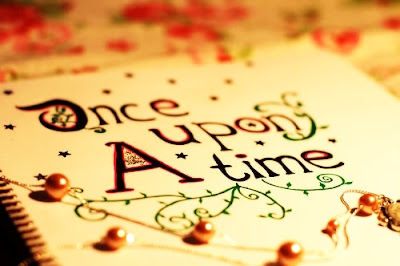 The irony is exquisite.

I'm sitting here at the laptop poised to sprinkle some thoughts across the screen in an effort to capture the essence of the thought that thoughts can't really capture the Essence.

To be honest, after choosing the two quotes for this post, my next thought was, "Ah, I'll just leave it at that, choose a graphic, and hit 'send.'"
But, that seemed like a cheap shot, a bit too cutesy.  When I was in residence at Zen Mountain Monestery, Roshi Daido Loori would just roll his eyes at such stuff, claiming it had "the stink of Zen."

I have, after all, been committed to publishing a weekly post here in cyberspace for the past seven and half years.  Although for quite some time now I've been going back through a couple of hundred previously written posts and polishing them up,  this weekly commitment is part of what Uchiyama Roshi called a "life of vow."

It seems to me that a set of commitments and the actions produced is all that I really have to bring to the plate.  The rest is in the hands of the Cosmic Pitcher.   All I can really do is commit to showing up, stepping up to the plate, and taking my best swing if it appears to be in the strike zone -- or let it go by if it ain't.  (Egads, I'm thinking in baseball metaphors, again.  Am I a 74 year old American male or what?)

And here's the Pitch.....
(READ MORE)
No Such Thing as a True Story 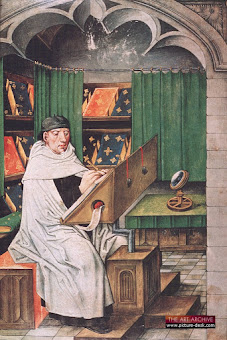 There is no doubt about it.  I'm a Religion Geek.  I often have my nose in a book of spiritual teachings of some sort.  There are usually stacks of books on my nightstand, my kitchen table -- and elsewhere.  Some of them are new.   Some of them are old friends.
I had occasion to hang out with one of these old friends the other day.

IMHO, The Wisdom of No Escape (and the Path of Loving Kindness)  is a must read.  Between its covers, Pema Chodron "tells it like It Is." This venerable American teacher of Tibetan Buddhism presents us with a useful and practical way to carefully, gently and persistently alter the way we experience our lives.  Rather than scurry ahead in the tunnel vision of our own conditioning, we are invited to open up, come to our senses, and walk ahead into the vast and mysterious beauty of Life as it is.

Even if I can't convince you to read the entire book, go to the library and take a peek at Chapter 8 entitled "No Such Thing As a True Story." Pema hits it out of the park as she describes the way that we co-create our own world, moment to moment, largely as a result of the "story lines" that are constantly dominating our attention.

Those thoughts arise, unbidden, quite mysteriously from a cauldron that contains our individual and collective conditioning, as well as an infinite array of other causes and conditions stretching throughout space and time.  These narratives, both conscious and subconscious, are fundamental in creating our lives as they appear to be.

Yet, with Mindfulness Practice, we can come to see them for what they are.  Instead of allowing these thoughts to continuously write the screenplay of our individual movie, we can learn to let them go -- and expand our focus.

Rather than remain "lost in our thoughts," we can shift our awareness from our heads to the boundless space of our own hearts.  There, we find ourselves dancing with the wondrous array of energies at play within and beyond the magic of each moment. *

This changes everything.  It's a whole new ball game.

Of course, for most of us, the "habit" of focusing most of our awareness on the content of our thoughts is deeply ingrained.  We pride ourselves in knowing who we are and what we are doing.  We've learned to stay in our head to avoid what Pema Chodron calls the fundamental ambiguity of being human.  We've learned to "harden our hearts," to shield ourselves from the inevitable feelings of pain and fear that are part of the human condition.

Our "thoughts about the matter," our beliefs and opinions,  then become the primary foundation of our identity.  The "I" that we experience is, in large part, the sum total of the conclusions we have drawn about the nature of reality and how we fit into it.  Even if that "I" is generally stressed and unhappy, we cling to it.  It is familiar terrain.  It can be scary as hell to throw it all up for grabs and realize we don't know really know who we are or what is actually going on.

Yet that is precisely the Gateway to the Real Deal. 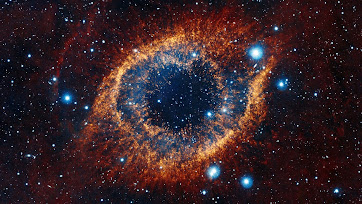 Mindfulness Practice, both in formal meditation and off the cushion gives us a chance to get out of our head to notice what we are actually experiencing in the moment.  It increasingly offers us the opportunity to come to our senses.  With time, effort, and gentle persistence, we begin to open to Life in a fuller, kinder, clearer, and more complete way.  In time, we come to see clearly that we are way more than we thought we were.

In fact, at times, we can close the book, look up, and see that we are the entire Universe!
At least that's my story and I'm sticking to it -- or not.


* In Living Beautifully with Uncertainty and Change, Pema Chodron describes this Practice as a three-fold process:  Let go of the storyline. Feel what is in your heart.  Open to the next moment with no agenda.