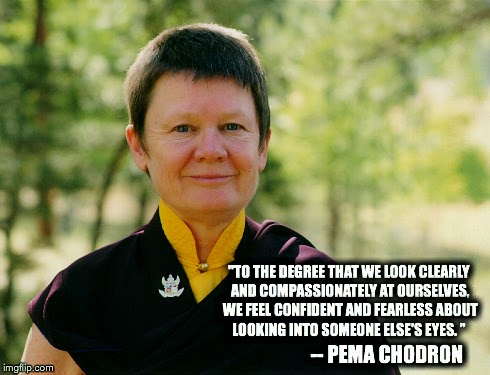 For us, the word "love" is quite ambiguous.  In English, what we call "love" can be that warm glow that emerges from the ethereal domain of unconditional, unselfish agape,  or it can be the fiery emotion that erupts from the nether realms of green eyed monsters and wrathful, jealous gods.  It's pretty clear that "I love you so much that I'll kill anyone who looks at you, then you, too..." isn't exactly what Jesus had in mind when he taught about Love, right?  It seems at least a bit more precision would be helpful.
(READ MORE)
In the tradition of Mindfulness Practice that precision isn't just a matter of intellectual discernment.  It's not simply a matter of definition.  Love emerges from refining our ability to be fully aware of our own experience in the present moment.  With Practice, Love surfaces not primarily as an emotional state, but as a non-judgmental quality of consciousness.  It is our own inherent ability to be truly Present to Life, moment to moment, with a clear, kind, and compassionate awareness.

It may seem preposterous that taking the time to Just Sit Still to carefully observe one's own breath, bodily sensations, feelings, and thoughts could ultimately lead to the realization of True Love, but that's the deal.  It's just that simple.

Of course, simple doesn't mean easy.  A regular meditation practice takes commitment and courage.  It takes the willingness to face yourself -- and all that you've denied and repressed -- openly and honestly.  It takes getting our of your head and feeling what's in your heart. facing the good, the bad, and the ugly.  Again and again and again.

Yet, with persistent and gentle effort, Mindfulness emerges and deepens.  With Practice, our minds clear and our hearts open to embrace and explore all the patterns of feeling, thought and action that operate to diminish and distort our ability to be peaceful and loving in the present moment.  Over time, both on and off the meditation cushion, we see clearly that the conditioned patterns of grasping and pushing away, and the resultant pains, fears, and resentments that emerge in ourselves -- and in others -- are the root cause of human suffering.   We also come to see clearly that, like everything else, those feelings are just energies, fundamentally insubstantial.  They are just clouds passing through the infinity of a vast, clear sky. 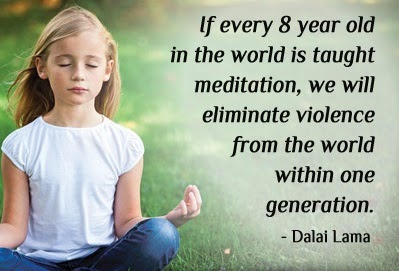 There, in the embrace of Mindfulness, Reality asserts itself.  What has appeared to separate us from ourselves, from one another, and from the One Love that silently sings throughout all space and time is seen for what it is -- and dissolves.  At that point, Life itself becomes a Love Affair.