This world- absolutely pure
As is. Behind the fear,

Vulnerability. Behind that,
Sadness, then compassion
And behind that the vast sky.
--Rick Fields 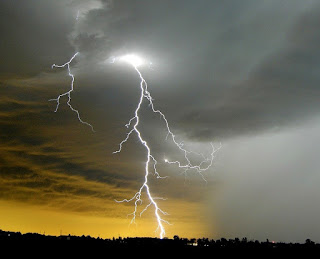 Sometimes, insight and healing emerge slowly during the course of Practice.

Like spring unfolding across the palette of April and May, our world slowly greens and blooms.  What was dark, harsh and frigid, slowly brightens, softens and warms.  At a point we notice:  It's different now than before.

At other times, insight and healing emerge like a bolt of lightning!

Sometimes bursting forth with a torrential downpour of tears, sometimes not, a Grand Gestalt cyrstallizes in a heartbeat.  In a flash, in an instant, we really get It! Or perhaps, more accurately-- It gets us.  It's different now than before.

The Genuine Heart of Sadness

Awhile ago, I was fortunate enough to be at Himalayan Views, a nearby spiritual gift shop/bookstore, to hear a woman describe one of those moments.  Suffering from what had beeen diagnosed as "clinical depression" since adolescence, she had come across one of Pema Chodron's teachings years later that focused on what Pema's teacher, Chogyam Trungpa called "the genuine heart of sadness. "

As the woman read that passage that day, an awakening had come in a flash.  Reality asserted itself.  She knew.
(READ MORE)
Rather than suffering from a "mental illness", at that instant she discovered a whole new way to hold her experience.  In a burst of tears --  with rainbows glistening through her tears -- the whole world had shifted.  She saw clearly that her deep sadness about the human condition wasn't a "medical condition".  She had Connected to the space beyond her own personal condition to the raw, soft, tenderness of the Awakened Heart.

Like many of us, this woman had felt the power of a deep connection to the Mysterious Reality of Life/Death as a child, but nobody in her life knew what it was or what to do with it.  As she read the teaching from Pema Chodron that day, she now understood that her sadness wasn't a personal flaw, an illness.   That day, she knew that in her Heart of Hearts that she had touched what the others had touched and understood as Bodhicitta.

Now, she just needed to learn how to work with it.

With the assistance of a supportive counselor and a regular meditation practice, this Budding Bodhisattva decreased, and then successfully discontinued, the use of the antidepressant medications she had been prescribed since adolescence.  By the time she was sharing her story that day, that this courageous and inspiring woman had been successfully, sometimes quite joyfully, navigating her life for over three years -- drug free.

Please understand: My point here is not that medications are always the wrong approach.
As a child of the sixties, how could I ever claim that drugs are always a bad thing?  (Stephen Gaskin and Ram Dass weren't the only ones who experienced significant awakenings under their influence.)  Over the years, I've had friends whose quality of life, at least for a time, has been improved through the use of prescription drugs to make their lives more manageable.  Yet, I've also had friends, who like the woman I met that day, whose quality of life improved only when they stopped relying on medications.  Each of us walks a unique path.  Drugs simply are what they are.

Whatever your path, though, what I am pointing to here, is that I've found that there is a great value in turning towards and exploring what our society conditions us to avoid: the so-called "negative" emotions.  Over the years, in the reality of my own life and in the lives of others that I've compared notes with, I've seen that "Don't be sad" can actually be a horrible message.

In the world today, we are in desperate need of people who have the courage to open their hearts and minds to face reality as it is.  As the mystic saints, seers and sages of all religions have seen throughout the ages, the Compassionate Heart is a Key to the Kingdom.  Although we may first have to face and embrace the fear that shrouds true vulnerability, deep within and beyond our own personal sadness is the shared existential sadness that connects us to one another and to the One Love that pervades the universe.  Rather than "harden our hearts" to life, we have the choice to soften, to open, to Love fully and completely. 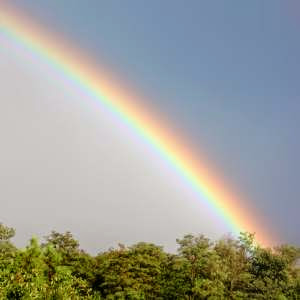 Fortunately, we are living in an age that the teachings and practices that enable us to skillfully approach the sadness and grief that are inherent in the human condition are increasingly widespread.

Although it takes commitment, effort and patience, we can learn to embrace with understanding and skill that which we've been conditioned to avoid.  The Genuine Heart of Sadness becomes a gateway to fundamental fearlessness, boundless compassion -- and deep joy.

Rather than stagger along with our minds clouded by our conditioning,  plunging into despair or acting out, over time we increasingly find ourselves living from our hearts.  In special moments, we even find ourselves dancing freely, like dandelion seeds glistening in the sun, within the infinite expanse of the One Love.