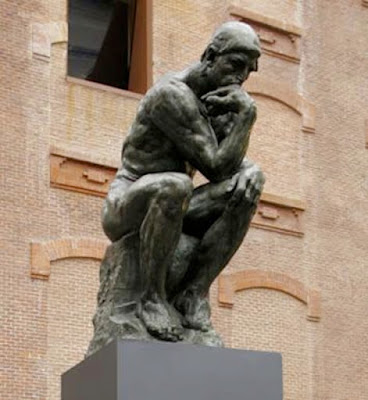 I love when the Universe is kind enough to deal the cards to me in a way that makes a specific lesson inescapable.  I can be extremely dense. So structure and repetition can be especially helpful. This happened in spades a one day a couple of years ago.

After my morning Sit, I had read the chapter entitled "Opinions", in Pema Chodron's When Things Fall Apart before heading to town for coffee.  Following the lead of one of the irregular regulars of the Tuesday Mindfulness Circle at that point,  I'd been re-reading this incredibly helpful book again, one chapter a day.

In that morning's chapter, Pema suggested that noticing our opinions as opinions, just like noting our thoughts as "thinking", can be extremely helpful.  IMHO, this can be transformative.

Taking Note: Some Thoughts about "Thinking"
I had been meditating on and off for over twenty years before I was introduced to "noting practice" by a teacher in my first retreat at Insight Meditation Society  Before then, I had gravitated toward Zen Buddhism.  Reading extensively, practicing regularly at a local Zen center, and attending a a few Zen Sesshins, I'd had some fairly compelling experiences both on and off the zafu.

To be honest, the instruction to make a mental note -- "thinking" --  whenever I noticed that thoughts were dominating my attention seemed quite clunky and intrusive, patently unnecessary.  (Likewise, the instruction to  label other sensations, feelings, etc.)  Being a self-styled "Zennie", I just shrugged it off.  Zazen was zazen.  Who needs "techniques?" Hurrumph.

I spent the remainder of the seven day retreat at Insight Meditation Society practicing Shikantaza, the Soto Zen practice of Just Sitting.  As had happened before in sesshin,  I was able to access a quality of consciousness that was tranquil yet crystal clear and highly energized.  Mission accomplished.  Or so I thought.
(READ MORE)
It was another ten years before I was re-introduced to a teaching about noting practice, this time in a book by Pema Chodron.  This time the instruction actually took -- and it took me deeper.  What made the difference for me (besides, perhaps,  another decade of Practice) was Pema's guidance to pay close attention to the tone of voice that was used while make this mental note.  The tone of voice of a thought!??  Wow!

This opened a new dimension of practice for me.

With this simple instruction, not only was the process of "discursive thinking" brought into clearer focus, the emotional content of the current mindstate became an object of attention as well.  In the very next Sitting, I saw clearly that my mind's "tone of voice" was harsh and judgemental.   Following Pema's guidance, I was able to recalibrate, take a deep breath, relax, and open.  Then I was able to find a bit more compassion for myself and make a softer, kinder, mental note.  What had been "THINKING (!!$#@!!)" became a soft, gentle, "thinking".

At that point of my journey, this simple instruction was the gateway to an ever-unfolding ability to open my heart to the present moment.  Along with metta and tonglen practice, the noting practice became a valuable tool in cultivating a kinder, calmer, less judgmental quality of consciousness toward myself -- and others.  It became a regular part of Sitting Practice.

As Practice has deepened over the years, I've become more mindful of both thoughts and feelings.  I've seen for myself clearly, again and again, how we create the appearance of a solid reality out of thin air.  Lost in our thoughts and feelings, as we often are, the vast and flowing sacredness of Life As It Is escapes us.  Instead, of being truly Present, we are imprisoned in a world created out of a haphazard hodgepodge of our mental concepts, beliefs, and opinions about life.

It doesn't have to be that way.

Now, both on and off the meditation cushion, the mental note "thinking" can open the way to a moment that is brimming with the miraculous Presence of life itself.  At times, I have literally made the passage from a self-created hell realm to the magical realm of the sacred at the instant that I noticed that I was merely "thinking" and opened my gaze to embrace what else was happening.

In that day's reading, this was taken to an even deeper level in another way.  Pema suggested that much of our "thinking" was merely "opinion."  Learning to note that, opened the gateless gate to a much more glorious Reality -- again and again.

As it happened, I learned that day that putting "thinking" into proper perspective could also help in my relationships.  Understanding that thoughts oftentimes emerged as "opinions,"  I saw how these opinions could stand between me and a connection to the moment, to myself, to others, and to the One Love in which we are immersed.   An over-identification with these opinions, known as "attachment to view" in traditional Buddhist teachings, is seen as a primary cause of human suffering. Being a "political junkie" for most of my life, I could see pretty clearly how much of my own ego emerges as deep attachments to my opinions.  Theoretically: less attachment to view, more Connection, less suffering.

I was soon able to put that theory into Practice.

As it turned out, I ran into an old Zen DharmaBuddhy on the bus later that morning.  As generally happens we found ourselves in an engaging conversation.  We decided to head to the coffee shop to continue the discussion.  As the conversation turned to the  Presidential campaign of 2016, all hell could have broken loose. 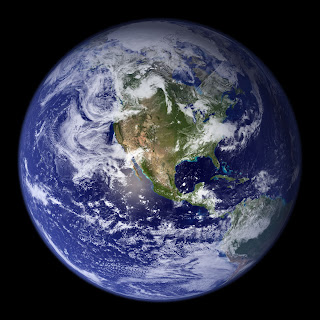 Having just read Pema's presentation, I was primed to see my opinions as just opinions.  It was easy to see how clinging to them as some sort of absolute truth would have created something quite different than the what emerged.

Again and again, I was able to let go of my own strong, well-rehearsed positions, take a breath, and let go into the moment.  I listened deeply before responding.  Paying attention to what he was saying, what he was feeling, I could sense my friend's deep caring, his sincerity, his keen intellect, and his concern for peace.  I could even see the logic of several of his arguments.

As it turned out, we actually ended up finding significant areas of agreement -- although the votes we intended to cast the next week would still cancel one another out.  (In the great Cosmic Poker Game, IMHO, Hearts trump Trump. LOL)

That morning, rather than adding more aggression to the world, which would have been the inevitable result of my own clinging to my personal opinions, the Practice allowed us to share a sense of Basic Good Will, one which Connected us within and beyond our areas of disagreement.

In doing that, I believe we channeled a bit more respect and understanding into this old suffering world.  I think its part of the solution to the plight we find ourselves in.  I love it when it happens.

*Internet jargon for "In My Humble Opinion"
Posted by Lance Smith at 7:02 AM

Thanks for these ideas!

Very helpful. My habit of standing up for my beliefs, has been most troublesome.

Yes, one cannot overemphasize the importance of listening . . . to oneself during meditation (the labeling of thinking and emotion), and then to others. The main reason Trump got elected, IMHO, is because he was the one listening to what people wanted. I engage Trump supporters now and then, just listening at first, and then asking questions. And listening to those with problems, but without judgments, IMHO, is the main cure for "mental illness."

MR. KARP may be giving too much credit to Donald Trump as a good listener. He is in fact a demogogue who only gives he impression of being a populist and advocate for the little guy. I am somewhat in disagreement with the quote from the third zen patriarch who said do not seek the truth, only leave your opinions behind. Yes, decrease ego, suspend judgemnts and refrain from opinions. But the universe benefits when we seek the truth, for the truth, as JESUS said, shall make you free. Trump has no concept of what TRUTH is.

Thanks to MONDAY MORNING for the distilled wisdom. I have much to learn.

I believe that the 3rd Zen Patriarch wasn't denying the importance of Truth. In the Zen tradition, the there are reoccurring presentations of the idea of the Way, seeing one's True Nature, etc. His point, IMHO, is that the Truth just IS -- and it sings to us within the vast silence that rings beyond the chatterings of our own thoughts about it.

Rumi made a similar point when he wrote “Your task is not to seek for love, but merely to seek and find all the barriers within yourself that you have built against it.”

At this moment, sitting here, the clicking of the clock in the kitchen and the scree of the bluejays outside the window are speaking Truth.

As far as the Donald? All I really have to go on are the images of what I've seen of him on TV, my own assessments of the images ofthose he has surrounded himself with, the policies put int place. I don't think I would characterize him as a "good listener". IMHO, that would involve the ability to empathize with and appreciate the thoughts and feelings of others. That he was able to find a following among people who were upset and fearful with the world as it presented to them through the lens of the media was no surprise. The foundation for that worldview has been put in place for decades in the "right wing" media. Sigh.

I still pray that Hearts (and clearer heads) will prevail. This aspiration continues to propel me toward Ceaseless Practice.

I love the constellation of items you have presented on the header of your blog - iron teapot, cups, sushi mat, fan...I am drawn again and again to gazing at this constellation with great pleasure - thank you