Originally posted: December 23, 2017
Dear Folks,
Danny Cruz, who passed away in December, would have been 26 on Monday, July 30.  This week, with deep appreciation of this wonderful human being and of the Grand Mystery, I turn again to share December's post, "The Grave Matter of Life and Death."


Let me respectfully remind you:
Life and death are of supreme importance.
Time swiftly passes by and opportunity is lost.
Each of us should strive to awaken.
Awaken!  Take heed!
Do not squander your life
-- The Zen Evening Gatha 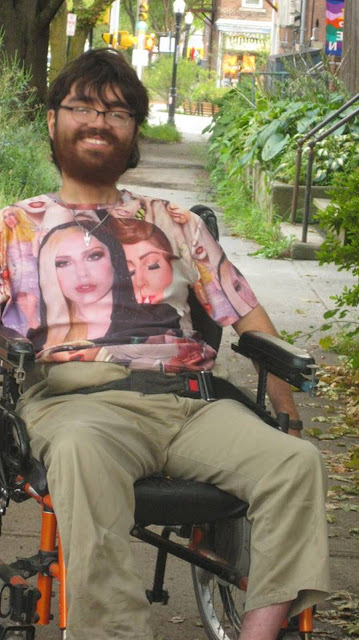 Through his copious artwork, through his unbridled musical expression with the Flaming Dragons of Middle Earth, and, perhaps even more importantly,  through his many encounters with members of his beloved community, Danny's upbeat exuberance and good will were boundless.

Chogyam Trungpa once described the Crazy Wisdom that is revered in that school of Tibetan Buddhism as "an innocent state of mind that has the quality of early morning—fresh, sparkling, and completely awake. "

It still touches us.

Like any Zen Teacher worth his salt, Danny ceaselessly challenged the concepts and attachments that serve to separate us from ourselves, from one another, and from the Miracle of the Present Moment.  I learned a lot with Danny in the Circle. 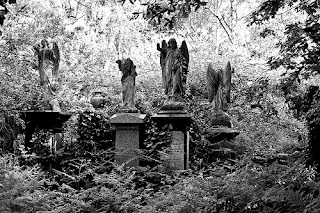 There is no doubt about it:  Losing a loved one is extremely painful.   Yet, taking the time and making the space to mourn can be a deep and richly empowering Practice.  As one of my teacher's once said "honest grief is a noble thing."  I'm grateful that it has allowed me to maintain the Connection with Danny beyond his physical death.
The process of opening the heart fully to the death of a loved one can be a Holy Experience, connecting us to the One Love that embraces both Life and Death.  It is there we are Healed.  This is, I believe, exactly what Yogi Jesus was getting at when he proclaimed "Blessed be those who mourn, for they shall be comforted."
(READ MORE)
IMHO, there is no greater comfort than True Love, our willingness to allow our hearts to touch and be touched by the Fragile Majesty of the Human Condition we share.  An Open Heart and a Clear Mind are the Keys to the Kingdom of Heaven. Through Heartbreak held in the embrace of Mindful Awareness we can find Deep Comfort -- and Deep Joy.  ( I suppose it's a sign of the season that these "tidings of comfort and joy" seem to have emerged with Christian imagery. :-) )

Mourning often doesn't come easy, of course -- especially in a society that is extremely death phobic.   Although we may be bombarded with death's "virtual reality" through violent entertainment and the news in the mass media, actual death is most often hidden from view, rarely acknowledged or discussed openly.  Most of us scurry ahead assiduously avoiding the topic until we lose a loved one or are directly faced with our mortality through "near misses", injury, or disease.

This reality, of course, sucks.  It holds great tragedy.  Yet, it seems to me, that the greater tragedy is not facing the matter of death squarely when we have the time and capacity to approach it through our Practice.

Now, at age 71, I've found that through opening to the inevitability of my own Death, I can better embrace Danny in his Death.

I guess can live, and die, with that.
Posted by Lance Smith at 7:27 AM

Thank you. Very timely in my case.

Some truly altruistic human beings make a world of Om

dear snakespeak, I'm glad it was timely -- even if my response is a bit tardy. ��❤️

Dear Unknown 1 and 2, thanks for the kind words, and, yes, I'm grateful to all those open-hearted beings who make the world of Om, hOMe Sweet hOMe! ��❤️

Beautiful compassion and love! Meditation and yoga have saved my life. Thank you for the beautiful post! Namaste.