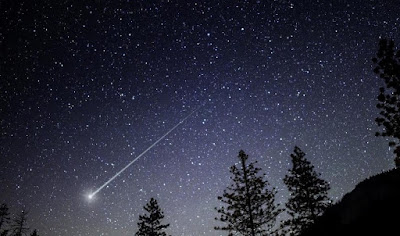 Fifteen years ago, I sat on the front porch of an A-frame perched on a ridge at Zen Mountain Monastery gazing at a star-filled Catskill Mountain sky.  At that point, I was certain that I was going to leave.

I had absolutely no idea what my next move would be, though.

For decades, I had thought, "once the kids are grown, I can finally DO IT!" I would leave the chaos of contemporary life and head for the hills.  There I'd find the Teacher and a sangha -- and really get spiritual.

Now, after only six months of residency, I knew I was done.

So much for that idea.  Now what?

Although I had, again, experienced a number of deep "openings" in the cauldron of Zen Training as envisioned by Roshi John Daido Loori, I discovered that the rigid, hard-driving, and unabashedly hierarchical nature of the Roshi's "Eight Gates of Zen Training" didn't ring true for me.  A peace activist, I placed a high value on egalitarianism and the shared power experienced in consensus democracy.  I knew that a monastic life wasn't going to be that.   Yet, I believed that I was ready to get with the program.

Though I respected many of the folks involved, and saw that the monastic life appeared to work for some, I now knew I wasn't going to get off that easy.  The Truth for me was beyond that container.  I was going to have to get out there on the streets and work it out for myself -- again.

As I sat there, absolutely clueless, an image of the book Jonathan Livingston Seagull came to mind. Then, like that intrepid avian seeker of perfection, I thought, "Just hang onto the wind and trust!"  The very next instant, a shooting star flashed across the night sky directly in front of my eyes to then disappear into the tapestry of countless stars and fathomless blackness reaching overhead.

I wish it was always that easy.
(READ MORE)
Coming hOMe

I think that for a lot of us the notion of breaking free from the incessant busyness and demands of the "rat race" has been quite appealing.  For some of us geezers who had experienced the widespread Spiritual Awakening of the 60's, "heading for the hills" seemed like The Answer.  For some of us, getting back to the Garden meant moving back to the land. For some of us, that meant heading to the ashrams and monasteries (or the hermit's huts and caves) to find the Ultimate Answers to Life.  I, myself, had made a number of such journeys over the years as I stumbled ahead, but I had quickly returned to fulfill my parental karma.

My tour of duty at Zen Mountain Monastery after I was released from those obligations was, I think, the final time I barked my shins on the way up the wrong tree.  I realized this time, in my bones,  that the true spiritual journey for me was one of the integration with, not separation from, what Zorba the Greek (then Jon Kabat-Zinn) characterized as the "full catastrophe" of Life.  I was going to dive in once again.  Then try to surf the incessant waves of samara as best I could.

This doesn't mean that I don't think there are Teachers and Teachings and Spiritual Communities that can provide us with a degree of support and guidance along the way.  The opportunity to engage in intensive meditation retreats is a blessing, and I am so grateful to have been able to dive deeply into days, weeks, and months of such settings over the years.  I honor and respect the efforts of those who have dedicated their lives to these efforts and will continue to sing their praises -- at times. (In fact, I highly recommend that you attend a meditation retreat if you haven't yet.  Even a full day or a weekend can be transformative.)


Yet, for me (and I think many other folks), the True Spiritual Journey doesn't involve heading to the hills forever.  It involves diving ever more deeply into our lives as they are -- with as much skill and grace as we can muster.

Once we discern that our deepest yearning is to Connect, to love unconditionally and to help out as best we can, one's Practice unfolds as both the means and the ends of cultivating the clarity, kindness, understanding,  compassion, and equanimity to do that. With Practice we learn to be more fully Present, to engage life with all our sensory apparatus functioning, with an Open Heart and Clear Mind.  Rather than sleepwalk through our lives on automatic pilot, lost in our thoughts and daydreams, we vow to awaken.  We face ourselves and our lives squarely -- ready to rock!

Yes, a thousand times yes. Even though I meet you these years later since the post. I am drawn here for some reason. Namaste and Blessings

Welcome. There's no time like the Present to Connect to Yes!
🙏❤️