“In Chinese, the word for heart and mind is the same -- Hsin.
For when the heart is open and the mind is clear
they are of one substance, of one essence.”
-- Stephen Levine 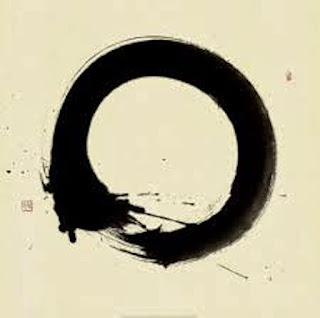 I slept in this morning for the first time in quite awhile.

Although I did awaken at around 5:30, as usual, to participate in my early morning recycling project, I immediately returned to bed.  There, I followed my breathing into "dozing/dreaming meditation." A long, rather vivid, dream quickly emerged.  It was moderately unsettling.  It rang with the  sadness of personal "failure."

When I awoke the clock read 7:45.  Picking up my phone to cast today's Lojong slogan, I quickly discovered that spring had, indeed, sprung ahead.  It was "really" 8:45!

Having dragged myself out of bed so late, with the echoes of memories of numerous "personal failures" ringing through my mind, I just kept moving.  After all, it was late.  The hiss of the traffic on High Street concurred.  Keep moving!  I set out to pack up the laptop and head down to Greenfield Coffee.  There, I'd quaff some added energy and get to it.

To Sit or Not to Sit

For decades now, settling into a one hour morning meditation has come quite naturally most every day.  Usually, the momentum of a Life of Practice just carries me along like an autumn leaf floating on the surface of a dancing brook under a clear blue sky.  Life flows on.  I flow on.  It's nightime,  I head to bed.  It's morning, I awake. Then I get up and pee. Then, I Sit.

That bedrock ritual became a bit rocky this past week, though.

I actually missed three days in a row, then only sat for 20 minutes the next day.  I even considered that, perhaps, I had become too "attached" to my morning meditation.  After all, since my name is on the schedule, I arrive to meditate with other folks several times a week, and often head up to the Town Commons at noon to meditate as well.  So. what's the Big Deal about my personal morning meditation?

To be honest, I don't know.

What I do know is that I was up and running this morning.  I actually had my hand on the door handle before pausing to take a deep breath.  Rather than float along this morning, I had to stand in the way of my own momentum.  A real decision had to be made.

After a few more conscious breaths, I turned around, took off my coat, and headed back to the altar.  As I've done thousands of times before, I bowed, set the timer, and Sat.
(READ MORE)
The Real Deal

During that hour, resting in the awareness of my breath, I opened my heart to the feelings that had emerged during the dream.  Tasting directly the universal nature of these feelings, and opening to the vast space in which they float, I once again touched the Real Deal.  Sitting there, I felt the Boundless nature of the Heart.

Now, sitting here at this old Mac laptop, I'm filled with a sense of wonder, exhilaration, and deep gratitude.  With Practice, I've again seen that this tender, caring, achy-breaky, wounded little heart glowing in my chest is my direct connection to the vast spaciousness of the One Love.  In fact, I've seen clearly these are "not two".  They are not separated by anything substantial.

At age 73 (almost), I really do see that I am like an autumn leaf floating along the surface of a sparkling brook dancing toward the sea.  In this dance, there is breathing and seeing and hearing and touching and feeling and thinking and deciding.

Sometimes, thoughts and feelings can swirl me up with them into the vortex of a powerful whirlpool.  In the past, I'd often get spun out.  Sometimes it wasn't pretty. I harmed myself and others. 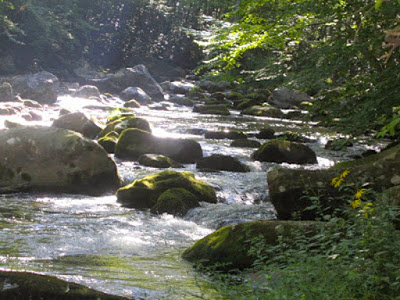 These days, I can usually see these thoughts and feelings for what they are.  They are just part of the dance.  More and more, I can meet them and greet them as old friends, the consequences of our shared human condition.  I can breath them into my heart, bow to them, and wish them well as they come -- and go.

Floating along the surface, it's clear that there will be whirlpools and there will periods of calm, as the brook dances its way to dissolve into the sea.  With Practice, I've seen that the water beneath and beyond this ever-changing dance is always deep, calm, and clear -- and it is not separate from the vast, open expanse of the blue sky stretching overhead.  The One Love embraces it all.

I'm sure glad I sat this morning.
Posted by Lance Smith at 5:13 PM

Beautiful, Lance! Thank you, as always, for your honesty and poetry.