"Nothing is more natural than grief,
no emotion more common to our daily experience.
It's an innate response to loss in a world where everything is impermanent."
-- Stephen Levine, Unattended Sorrow

"The problem, therefore, lies not with our pain for the world,
but in our repression of it."
-- Joanna Macy, Coming Back to Life


Five years ago, on January 17, 2016. poet, author, and Spiritual Teacher, Stephen Levine, died at home after a long illness.  I was fortunate enough to attend a Conscious Living, Conscious Dying retreat with Stephen and his wife, Ondrea, years ago.  There, I experienced, first-hand, his ability to create a Community of Healing over the course of five days.
About 300 people were gathered there at Mount Madonna Center.  About one third of those attending were terminally ill.  Another third were their loved ones.  I was a member of the final third, people involved with the emerging hospice movement.
What I experienced during that retreat was astounding.  Levine's talent of crafting and delivering guided meditations and interactive experiences allowed me, and many other folks, to access the Open Heart of Awareness.  With Levine's passing, the world lost a Master Guide.

I wrote the following post two years before his passing.  The piece also highlights the work of another gifted Teacher, Joanna Macy that I had the privilege to practice with along this long and winding trail of Practice.  She, too, continues to be a guiding light for me.  I'm sure that Stephen won't mind sharing the limelight here.  In my experience his light, and hers, are inseparable from the Boundless Light! 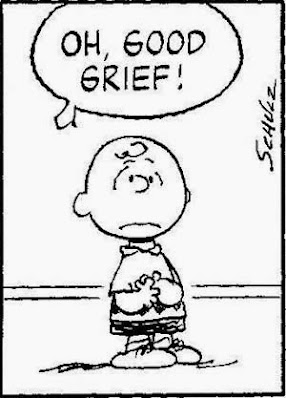 With the events of the past month, the emergence of grief in my life seems to be a reoccurring theme.  I awoke in tears from a lucid dream a few minutes ago.  As I transitioned from dreaming to the waking state, I felt my heart open through grief into the boundless spaciousness of the One Love.  I came fully awake feeling energized, grateful --  and at peace.  I was ready to face the day.

I'm no expert practitioner, but it seems that my renewed focus on Dream Yoga is working.  Extending Practice into the borderland of mind states that emerge in and out of dreams has been rewarding.  It's nice to be able to sleep on the job.

Although the recent dreams I've had of levitation and flying have been a lot more "fun," I'm deeply grateful to have had this dream emerge from the cradle of an afternoon nap.  At age 68, I've found Napping Practice to be quite wonderful.
The dream gave me an opportunity to further process the losses that have incurred in my life, and to move through personal grief to connect more deeply with the genuine heart of sadness that is part of our shared human condition. I've found that tears are often the key that unlocks the Gateless Gate to the One Love. A good cry can be the portal to boundless beauty, joy and gratitude.  As Jesus proclaimed long ago, "Blessed be those who mourn, for they shall be comforted."

Grief is rarely that easy, but thankfully, it's become easier over the years. I've had lots of help.  I'm grateful to have had the opportunity to attend retreats with two contemporary American Buddhist masters of a "good cry":  Stephen Levine and Joanna Macy.  Although the focus of their work is different (Levine serves in the field of death and dying. Macy empowers ecological activists), each of these gifted Teachers gets to the Heart of the Matter with incredible grace, insight and skill.  Through periods of silent meditation, guided meditations, talks, and experiential exercises, they each have the ability to skillfully guide their retreat participants toward an experience of the Open Heart of Awareness.  True spiritual elders (Macy is 85. Levine, 77), they each are able to bring the essence of the Teachings out of the Sutra books and into real, lived experiences.  Through their being and the gatherings they create, they each bring the limitless energy of love, compassion and forgiveness to Life.
It is a high and holy magic.
(READ MORE)
Facing and embracing the pain and sorrow that is inherent in life is no mean feat.  In contemporary capitalist society, we're conditioned to avoid this aspect of existence like the plague.  Rather than opening our hearts to the reality of our interdependence with all of Life and Death, we are programmed to "get real" and race through our lives walled off as separate beings in pursuit of power, status, and material prosperity.

Conditioned to hold our own pain and the pain of the world at arm's length, encouraged to keep a stiff upper lip, we aren't able to turn towards Life and Death wholeheartedly. We hadn't made the time to turn towards ourselves and one another with a compassionate embrace and a loving kiss.
As a result, all too often, we just scurry through our lives with a closed heart until we encounter the loss of a loved one.  Then, as Stephen Levine points out, our grief may be overwhelming.  Compounded by the regret that our love was unexpressed, that we hadn't exchanged the healing power of forgiveness and reconciliation while we had the chance, it can be even more challenging.  He encourages us to begin the process of opening our hearts now -- before it's too late.
Facing the inevitability of our death and the death of our loved ones is one of the central understandings of the various traditions of Buddhism.  Theravadan monks still are guided to meditate at graveyards and charnle grounds.  Zen practitioners chant regularly about the reality of death in the Five Remembrances.  Recognizing death is one of the Four Preliminary Practices of Tibetan Buddhism's Lojong Trainings.
Moving past a merely conceptual understanding of death to encounter and fully appreciate the awesome, and fundamentally mysterious, nature of death, is not just a matter of theory.  It's a practice.  Stephen and Ondrea Levine lived this practice for a long time.  I am grateful to have experienced Stephen's guidance through the gateway of grief to the forgiveness that exists in the Heart of Awareness.
The One and the Many
Like Stephen Levine, Joanna Macy has had a profoundly healing impact on my life.  I was fortunate enough to attend a seven day retreat she offered at Rowe Camp in 2004.  Although the focus of this gathering was different, the goal was the same.  Moving from the personal to the global at a time when the survival of the web of life on this planet is threatened, Joanna Macy encouraged us  to realize that our world, itself, is a loved one in need of intensive care.  The meditations and experiential exercises she led allowed those gathered to turn toward one another to touch and express the grief we shared about the environmental devastation of our times -- and move through it.

Macy, like Levine, the Heart Work she offers supports us to melt the armor that our conditioning has created to shield ourselves from the more painful realities of Life as it is.  At the risk of seeming ridiculous, I think that the future of the planet may very well hinge on our individual and collective ability to have a good cry.*

Although it takes courage and commitment, we come to see that through opening our hearts to the pain, a natural healing takes place.  In facing the reality of the human condition, our shared plight on this planet, we unleash the enormous energy of our deep caring.  There, we connect with the One Love that resides deeply within and beyond us.  Taking heart from the beauty and courage that is our True Nature, we can then join with others to act to address the ongoing destruction of our planet -- hopefully, before it is too late.

An Engaged Buddhist, drawing on the Shambala Prophecy she learned from her Tibetan Buddhist teacher Dugu Choegyal Rinpoche, the teachings and practices that Joanna Macy presents are those of empowerment.  Throughout her life of environmental activism, she has pointed the way towards becoming active bodhisattvas, individuals committed to our collective liberation from the systems of oppressive ignorance that blind and bind us.  Using the non-violent weapons of insight and compassion to dispel the beliefs and behaviors that fuel the human misery, warfare, and the environmental devastation of our times, she guides us to act to save our world.  As I had done with Thich Nhat Hanh and others, I shared the Bodhisattva Vows with Joanna Macy during that retreat. Years later,  I still recite these vows most every day.

One Love.  One Heart.

I am deeply grateful for tthe brilliance of teachers like Joanna Macy and Stephen Levine.
There is a living Yankee Dharma, alive and well here in the 21st century.  Honoring, yet also moving beyond the sectarian traditions of Buddhism, it is a spirituality that embraces the mystical practices of all the world's religions as well as the insights of contemporary physics.  Emerging in these times, in the  heart of the most powerful, and most destructive, nation on earth, it is a cause for hope -- and action.  (One of Joanna Macy's latest books is entitled Active Hope.)

Each day, I recite the Bodhisattva Vows.  I acknowledge the utter impossibility of saving all sentient  (beings are numberless, after all).  Yet, like many others throughout space and time, I vow to do exactly that.

All our loved ones, all the  myriad plant and animal species that share this planet with us humanoids, and Mother Earth herself, are crying out to us at this precarious moment in the history of the planet.  It's a time to get our act together -- individually and collectively.  I can't think of anything better to do.

For more information:
The work of Joanna Macy:
http://www.joannamacy.net/)
The work of Stephen Levine including the video
of the Final Couch Talk he and Ondrea posted
: http://levinetalks.com/


* If you didn't recognize it, the phrase I used is from Che Guevara.   In 1965, he wrote "At the risk of seeming ridiculous, let me say that the true revolutionary is guided by a great feeling of love."
I basically agree with Che's statement and respect his courage, integrity and sacrifice.  I just wonder what may have happened if he would have lived in a different age and had a "good cry." What would have happened if he chosen Gandhi's non-violent resistance, instead, to confront the injustice he saw?

Lance ~ Brother/ Teacher ~ I bow. Thank you for this credible message. My usual enthusiastic temperament was side-swiped in recent days. I felt I would drown soon in despair, that humanity is so stuck in the mud. I felt That the collective energy is so chaotic, that individuals will disintegrate, that everything except God might go to hell... This post, your writing /references, gives me confidence that we can still gather, even in these desperate times of en-forced coronated Covid Separation. ~ Thank you for throwing a lifeline out to all who find it in troubled waters. Furthermore, my strength will rebound, and conjoin with yours and the One Heart and Love. With Metta and a bow. L. A.