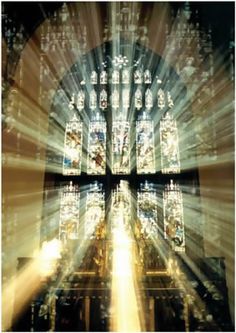 Sitting here, I realized, yet again, that I'm a strange old coot. (If you've been following this blog for awhile, you probably have known that all along. LOL)

An inveterate bookworm, a perpetual student, I'm a Spiritual Geek of the first order.  There are several full bookcases, and stacks of books on a number of horizontal surfaces in my apartment.

Lately, I've been thinking it's about time to re-read  Chogyam Trungpa's The Myth of Freedom: and the Way of Meditation.

This book was my first exposure to Trungpa Rinpoche. and his presentation of Tibetan Buddhism.  I first read it back in 1976.

By then, I'd already been swept up in the collective kensho of the late sixties and early seventies. Yet most of my actual contact with Buddhism at that point had been with the Zen tradition and the Hippy Zen of Stephen Gaskin. Along the way, I'd already experienced a number of openings and peak experiences   -- as had many of us. By then, I knew that there was a spiritual dimension to life.

I was recently asked how I "got into" the a life of spiritual study and practice. As best as I can tell,  I didn't get into it.  It got into me.  My teen years and young adulthood spanned the 1960's and 1970's.  This was the era of the Civil Rights Movement, the Peace Movement, the Summer of Love, and Woodstock.  I was born at the right place and in the right time.

Riding on the waves of  what was called "the generation gap" at the time, I was one of many.  A large number of  youth throughout the world rejected "business as usual." Yearning for something beyond the nationalism, racism, materialism, senseless violence, and warfare, we intuited that there was more, much more, to life.  And, just like the Beatles, many of us turned to the teachings of Eastern religion to better understand just what that "more" might look like.  This cultural revolution was so widespread that by the early 70's, I was practicing yoga and meditation, and was able to buy paperback books like "The Sermon on the Mount According to Vedanta,  How to Know God, and a translation of the Bhagavad Gita right off the bookshelves in the local supermarket! I was also able to read the works of Father Thomas Merton and other Christians who were establishing an interfaith dialogue.

In this Hippy Pentecost, a lot of us had mystical experiences.  Although some of these were related to the various psychedelics and medicinal herbs available in those days, many emerged from meditation and other spiritual practices.  It was an amazing time. Whether it happened in a meditation hall, around a campfire in the Rockies, in a rock hall, or elsewhere  -- for at least a few moments -- many of us touched the Sacred and the Sacred touched us.

With those experiences, we knew: There is an Ultimate Reality.  We discovered, first hand, that there is a dimension in which we are not only all in this together -- we are all this together. We saw that the Universe is a unitary field of energy, an interconnected web of life dancing in an infinite expanse of luminous space.  Inseparable from all that is, we knew we were each like waves dancing along the surface of an infinite sea.

I have come to call this Ultimate Unity the One Love.

Yet, glimpses of the One Love were one thing.  Actually becoming an unconditionally loving human being is quite another.  Although the systems of ethics and morality that were embedded in every religious tradition provided some guidance, I came to understand that there was a lot more involved.  Although I sensed that commitment to a life of service was essential, I discovered  that it was going to take commitment, study, and specific tools and practices to really get my act together.  I needed to uncover, and then heal, the conditioning that prevented from actualizing the Love in my heart and bringing it into my day to day life.  It became clear that Moksha, the liberation alluded to in the Eastern traditions, just like the "Truth that shall set you free" proclaimed by Jesus, wasn't just about a set of beliefs.  It was beyond belief and dogma. It called for a way of being.


I had been exploring meditation for about seven years, and had just turned 30 when, I first came  across The Myth of Freedom: and the Way of Meditation in 1976.  As a young man who had entered the Hindu, then the Buddhist paths of Practice with the goal of  "liberation," the title that Trungpa chose was mind-blowing.  The MYTH of Freedom?  WTF?  Wasn't Freedom the ultimate goal?

As I remember it,  I poured through the book, intrigued and haunted by the imagery, but mostly confused.  I didn't yet understand the frame of reference, and I wasn't able to grasp the subtleties of his descriptions of various meditative states.

Having heard via the grapevine of Trungpa's "unconventional" lifestyle, I was also quite skeptical. Then, when I got to the final section of the book, which proclaimed the importance of devotion to a guru, I put the book down. Although I revered the folks that I considered to have been my teachers, I had come to believe that all hierarchical structures were fundamentally dis-empowering and could lead to exploitation and abuse. (Jesus had reportedly said that we should call no man Teacher, no man "Father," which certainly challenges the way most religion is institutionalized. )

I didn't get back to The Myth of Freedom for another thirty years.

During those decades I stumbled my way forward through relationships, numerous jobs, successes and failures, even homelessness. Yet, through the peaks of valleys of my life, I continually returned to meditation as the foundation of my spiritual practice.  And, although I maintained a connection to other spiritual traditions through study and shared worship services, my primary focus continued to be Buddhism.  Like institutional Christianity, Buddhism had evolved into separate several different branches, and I practiced with both Theravadan and Zen Buddhists.  Along he way I spent time in residence at Insight Meditation Society and Zen Mountain Monastery before again launching off to continue a daily meditation practice and my own interfaith exploration of the Bodhisattva Vow, and a life of service.

And Then
(READ MORE)


Fifteen years ago, a friend of mine handed me a copy of Pema Chodron's Start Where You Are: A Guide to Living a Compassionate Life.  Although I had never heard of her, I was grateful -- and curious. I opened it and read the epigraph:

This book is about awakening the heart.

Like many folks, my idea of meditation was to attain a very clear, very calm, expansive state of mind. "Awakening the Heart!!??" Something deeply inside of me shifted.

Although I had had a number of "heart openings" and peak experiences over the years, all too often in my day to day life, I was anything but a kind, clear and compassionate human being.  I could easily get mired in fear and anxiety, frustration and anger, pain and depression.  A whole slew of conditioned emotional patterns dominated my attention.

Start Where You Are offered a fresh take on spiritual growth.  Instead of the hard driving, passionate Zen I had been exposed to, or the heady disciplined stoicism of the Insight Meditation folks I had practiced with, Pema Chodron stressed gentleness and a deep kindness toward oneself.  She also offered the tools to access, examine, and heal the deep conditioning that tended to spin me out.  Enthralled, I began to explore Ani Pema's approach to basic sitting practice, Tonglen meditation, and then, seven years ago, the Lojong Slogans.


Along the way, it seemed only natural to revisit the works of Chodron's Teacher -- especially since Trungpa Rinpoche's Training the Mind: and Cultivating Loving-Kindness is a primary text for the Lojong Slogans.  So, during the past decade, I've re-read The Myth of Freedom cover to cover a number of times.  Each time Trungpa's words have gotten clearer --and even more humbling.  I can only bow and grin at his assertion that Enlightenment is the ego's biggest disappointment.

Today, for no particular reason other than to play, I grabbed my copy of The Myth of Freedom off a bookshelf and flipped it open to a random page after my morning meditation.  As I read the brief chapter on Mindfulness and Awareness, it seemed like an old friend was whispering "Remember!?"

Trungpa's description of just seeing clearly what is there right in front of you, while also expanding one's gaze to notice the vast, luminous, spaciousness that infuses and surrounds it, immediately brought me into into the moment more fully.  Being Present, I felt the Presence of the One Love.

With a deep conscious breath, I put the book down and relaxed into the vivid beauty of the sun and birdsong streaming through the window.  Sitting there, coming to my senses, it all made sense. In the moments that followed, calmness and exhilaration, stillness and motion, form and the formless, life and death all danced as One.  My heart glowed in gratitude.

In fact, siting here this very moment in Migdalia's basement, I'm again reminded to be Present.  Getting in touch with my breath and body, sitting up a bit straighter, I relax and open to the miracle of eyes seeing, ears hearing.  Getting out of my head and allowing my attention to settle into my heart, I come to rest in the vast and sacred spaciousness of just being alive. The triple hum of the washer, the dryer, and the furnace fan are every bit as sweet and expansive as the OM we share at the end of each Mindfulness Circle.  In Reality these are not two.  In the One Love there is no separation.

REMINDER: BE STILL AND KNOW: A DAY OF MINDFUL PRACTICE

This was an inspiring read!
Thanks 🙏

This one hit a chord with me - i grew up in the same era and took the counterculture to heart. and also had my "Mystical Experiences", I set out on my own at age 14 and began my long and pain-full journey. A combination or reading Kerouac's 'The Dharma Bums' and 'On The Road' and ending up at the San Francisco Zen Center and then on to Fire Lookout Towers during the 70's pretty much set my course in life. I too started off with Tibetan Buddhism, then Zen, then The Tao and now a combination of those with Quantum Physics thrown in to round things out...LOL... Luv yer posts - thanks

Glad this worked for you Sabrina! It's been great to have your Presence in the Mindfulness Circle.

Glad it "hit a chord" for you T James. Reading of your path brought a big grin to my mug and a glow in my heart. Kerouac, San Francisco Zen Center, Fire Lookout Towers! What a amazing ride.

Interestingly, I was reading the Tao Te Ching for the first time in quite awhile, just the day before yesterday and being, once again, blown away by it's expression of Wisdom. And, yes, I think some of the current findings and theories of Quantum Physics point toward the same mind-boggling Ultimate Reality.

So, what are you up to these days?