“Fundamentally there is just open space, the basic ground, what we really are. Our most fundamental state of mind, before the creation of ego, is such that there is basic openness, basic freedom, a spacious quality; and we have now and have always had this openness. ”
― Chögyam Trungpa
"When we are mindful, deeply in touch with the present moment,
our understanding of what is going on deepens,
and we begin to be filled with acceptance, joy, peace and love.”
― Thich Nhat Hanh 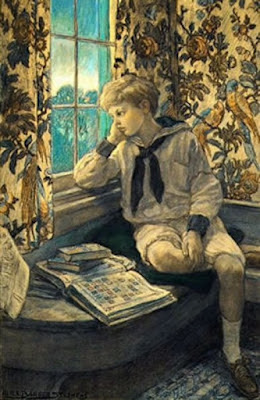 Unless you were an astronaut-in-training at NASA (or, perhaps, a Trekkie), the term was a put-down.  Those who didn't appear to pay a lot of attention to the seemingly endless concerns and hassles of what most people called the real world, weren't cool.

Although I didn't realize it at the time, it's now obvious that some of these space cadets were marching, perhaps even dancing, to the beat of a different drummer.  And, they were tuned into something real.

In doing so, they actually had a leg up on the rest of us.  We were fully engaged in spinning our hamster wheels in an invisible, but very compelling, mind cage.

Lost in our thoughts and feelings about doing it right, being "cool," going for the gold and the gusto, being all we can be, etc., most of us were continually scrambling to get with the program in what society presented to us as the pursuit of happiness.  Yet, we didn't realized the deck was stacked against us.  We had internalized the values and norms of modern capitalist society long before we had the insight or the skills to realize that society's "conventional reality" was a bum deal.  It was merely a house of cards.  Although the scientific materialism that gave capitalism its tools can create technological magic, it can't explain who we are, what is really going on  -- or what we as human beings are to do about it.  It doesn't even belief that there is a spiritual dimension to our lives.  This  has led to the mess we are in on this planet.

The "space cadets" I knew in high school seemed not to take the game so seriously.  Less driven, less engaged in being "with it," they seemed to be able to let go, relax -- and journey elsewhere.  One of my friends quit the football team after the first freshman practice saying "that's freakin' crazy!" So, while I was running around bashing into other guys -- and getting bashed -- trying to be cool, he spent his autumn afternoons wandering alone through the woods.  Another friend had her nose in a book or would sit gazing outside the window with a Mona Lisa smile on her face much of the time.  I thought they both were a bit wierd.  Yet, both seemed a lot more content than me.

Fortunate to have come of age in an era where many folks managed to "turn on, tune in, and drop out," I found that "inner space" is the final frontier.  Introduced to marijuana and mushrooms, yoga and meditation, pouring through volumes of spiritual teachings, hanging out and comparing notes with kindred spirits, I came to see clearly that there is a dimension of experience where the boundary between "inner space" and "outer space" itself is transparent.  In those moments, Reality asserts itself.  What remains is the vast, spacious, mysterious immensity of simply Being.

So, for decades now, most every morning,  I make the choice to step off the hamster wheel -- and space out.   I Just Sit Still with an open heart and a clear mind for an hour.  Using a variety of techniques I've learned over the years,  I open to the sensations of life breathing through me and the clear, bright, spacious awareness that permeates existence.  Allowing the thoughts and emotions to come and go as they please, I come to rest in the reality of each moment.
(READ MORE)

All that Glitters is... 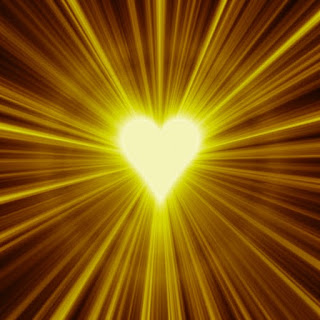 I've seen directly, again and again, that there is a whole lot more to reality than meets the eye -- at least the two eyes we have been trained to use in a certain way. There are realms of experience that we've learned to ignore in order to  "be someone" -- and fit it.   We've learned to identify with a very limited version of who we are.

As Practice has deepened, it's become quite clear that there is a whole lot more fluidity and space than there is solidity in the nature of things.  In fact, even what appears to be quite solid, when looked into deeply, isn't.  Perceived directly, what we conventionally call "things" aren't.   They are transitory, intersections in an infinite web of causes and conditions.  With Practice, "things"-- including ourselves and others --  appear in radical clarity as momentary events sparkling like diamonds within the embrace of limitless space.

There, Love is all there is.

So, at this stage of the journey, I find that being a space cadet is often quite delightful and refreshing.  The gracious spaciousness that I experience on the meditation cushion has permeated the rest of my life, more and more, as well.  In the alchemy of Practice, what had once seemed solid and fixed is now malleable.  Even the lead and dross of the human condition can be spun into gold.   (Even those times when I lose it, get fixated on my own egocentric experience, and Migdalia has to raise her hand, palm outward, and say "Talk to the hand.")*

No longer mindlessly reacting to the world most of the time, I can more readily approach the each moment with an open heart and clear mind.  There, the awesome task that Buddha, Jesus, and the other sages and seers have proclaimed as sacred -- that of loving your neighbor as yourself -- has become increasingly possible.

In the embrace of endless space, reality itself glitters like gold.  How cool is that?

* As is the case for many of us, my primary relationship provides the opportunity to be "triggered" in very deep ways.  It is the final frontier of Practice for me.  I can sometimes still be a real jerk.  I'm grateful to have a partner who loves me anyway.

Wow such a wonderful blog

I agree, this is a wonderful blog❣️

Thanks! It's been a labor of love, for sure. I'd love to hear about your life and practice as well. What might come up for you, resonate, etc. from these musings. One Love, Lance 🙏❤️

WoW! There is so much in there that i experienced as well, Lance.

". . inspired by Kerouac. A couple of friends and myself got a contract for a ‘You Drive’ car to Texas and hitched from there the rest of the way to Mexico. We didn’t stay long, a couple of days and then started hitching up the West Coast to Vancouver. We got separated in San Francisco. I ended up in the Buddhist Center there and was to stay overnight. I left a couple of months later. I had noticed the kitchen was short staffed and the pots were piling up, so i started washing pots and attending seminars and meditation sessions."

Dharma Bum69! Yeah, sounds like you're one of US, the Usual Suspects. LOL. A whole bunch of us were swept up in the Collective Energy of the times and found ourselves wandering around a bit to Connect more deeply with the spiritual dimension of our lives. I can relate to being the post and pans guy, too. It was one of my tasks at Zen Mountain Monastery when I was there.

Hearing your tale brings a glow to my heart and a grin to my mug. I'd love to hear more here -- or elsewhere, if sharing tales and comparing notes seems appealing. My email is thishazymoon@gmail.com I do Zoom and other video chat forums, text and telephone (847) 502 6204.

I just had the image of maybe devoting a zoom meeting to swapping these tales at some point? (Of course, I'm also quite aware that my workaholic tendencies can jam my schedule too much, too. At age 76, I need ample time to wander around with nothing to do. LOL)

At any rate, thanks so much for chiming in here!
One Love,
Lance