There were quite a few of us back in the day that were first drawn to Zen because of its seemingly irreverent and iconoclastic tenor and tone.  To a bunch of us erstwhile hippies, peaceniks, and radicals, those ancient monks kicking over water jugs, writing poems lauding drunkeness, proclaiming Buddha was a "shit stick", etc., seemed like our kind of guys.

Jeez.  In the Judeo-Christian world, we only had to worry about the ten commandments! Now? Do the math. This is twice as many.  So much for being hip and cool, for "doing your own thing!"

Or so it seemed.
(READ MORE)
Now, decades down the road, having explored this set of intentions in various contexts, even ordaining for awhile in one order, I've come to understand the nature of commitment differently.  Although I have maintained a commitment to a daily morning practice for a long time now and recite the  4 Bodhisattva Vows (in one form or another) most days, what is involved doesn't have much to do with making a choice to follow a code of conduct, or a commitment to being a "good" person as opposed to being a "bad person".  Nor are the promises I've made about achieving the goal of enlightenment, or somehow arriving at a destination other than where I am at any one the moment.

The fundamental commitment made is simply the ongoing choice to Be Present, to embrace as best I can the ever-changing, ongoing Flow of Life as it emerges in each and every moment.  I've found that as I commit to open my heart and mind and senses to what simply is, the promise made is, in itself, the promise fulfilled. 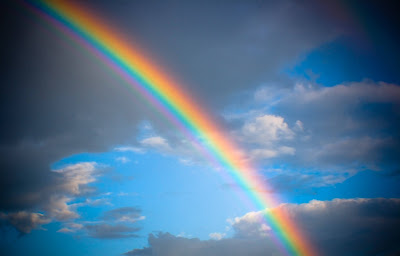 At this stage of the journey, it's often quite clear to me that the One Love that permeates the Universe seems to know what may need to be done -- or not.

Sometimes that seems to involve me "doing my own thing" on the material plane of action, or in the realm of thoughts, visualizations and prayer.

Sometimes, it's seems like all I can "do" is to pause in wonder, realize I don't really know what is going on at all-- and just let Life be what it Is.  (As if I could do otherwise. LOL)

At this point, it's all Practice.  The choice, if it is a choice, to take a conscious breath, relax a bit, feel my heart -- and really pay attention.

What else is there to do?

PS.  Last week I wrote about feeling the impulse to intensify my personal practice for Fall Ango.  (See Your MMM Courtesy Wake Up Call: 'Tis the Season).

During the week that crystallized into a specific "to do" list that began with a Day of Mindfulness on Sunday.  If you're interested in my specific Practice Commitments for Fall Ango 2015, here they are -- so far:

For a period of 108 days, I commit to the following:
One Hour of Sitting Meditation each morning
One 30 minute Sit with the #Occupy Meditation Group! at least three times a week
One 20 minute Evening Sitting Meditation daily
One Day of Mindfulness each week.
One hour each day (except on Day of Mindfulness) of reading, listening to, or watching the presentations of people involved in Black Lives Matter and other groups addressing the ongoing tragedy of racism and exploitative capitalism in America.