Sometimes the Snooze Button is Best

“To be beautiful means to be yourself. You don’t need to be accepted by others.
You need to accept yourself.”
― Thich Nhat Hạnh 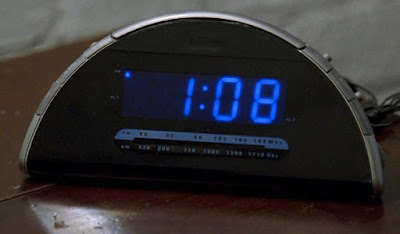 After making multiple attempts over the course of the past few hours to come up with something to say for this week's MMM Courtesy Wake Up Call, I realized that I needed to hit the snooze button, roll over, and give it a rest --  again and again.

Finally, I knew it was time to just reset the dang alarm and make a new plan.

It's been a long week, full of activity and challenge for myself and for a number of my friends.  As well as spending time on a number of urgent volunteer efforts, I've spent a lot of time sitting with my own "stuff" and that of others.

So, at this point on Saturday evening, I thought that, perhaps, it would be helpful (to me at least) to do as I've done a number of times over the past couple of years.  I Ching style, I just randomly picked a previous post.

Are you kidding me?!
(READ MORE)
Synchronicity Works for Me

At a time that the emotional weather has been pretty stormy around these parts -- for me and for others -- it seems the Synchronicity, once again, was quite amazing.  The words that were launched forth back then, hit home right now. The One Love is most kind. The following was excerpted from "Both Sides Now", originally posted on April 11, 2015.  I found it helpful. I hope you do as well.

Both Sides Now
It seems that the a number of folks in this week's Mindfulness Circles, myself included, reported that it was being a pretty "rough" week -- both on and off the zafu.   Although I was tempted to surf over to one of my favorite astrological websites to check out what in the world (or what out there) was going on, I don't think an extraterrestrial explanation is necessary.  As the Practice develops, we get more directly in touch with the entirety of the human condition.  Inside and out, we get more in tune with the way it IS.

Although there is no doubt that there is a greater sense of spaciousness and ease that emerges as we take the time and make the effort to meditate regularly, over time it's probable that we will also get in touch with a lot of subconscious emotional patterns and the narratives and unconscious beliefs that hold them in place.  (i.e., I'm a really inferior human being, all human beings are mean, etc.) Both on and off the meditation cushion, as we open our hearts and gaze more deeply at our experience, at times it may seem that all hell is breaking loose.  It is.

This is actually a good thing.

Over the years, most of us have accumulated a subterranean reservoir of repressed emotional energy.  As we take the time to patiently and gently observe and touch the layers of fear and frustration and sadness, the subterranean residues of grasping and aversion, all Hell does tend to break loose.  As we actually open our hearts to our own shame and humiliation and anger and jealousy and the myriad of other ghosts and goblins haunting the basement, as we face them directly and touch them with compassion, there is a Deep Healing.  The energies are transmuted and released -- and Heaven remains.

For some of us, one of the most wonderful results of this unfolding is to fall more deeply in love with our own humanity -- and that of others.  We see clearly that in this particular Heaven that we are co-creating and sharing on this planet, each angel is definitely Flawed -- and each is, just as definitely, Divine.  In fact, we come to see that if we repress or deny either aspect of our human nature, we are missing the boat to the other shore-- and missing out on a whole lot of fun as well.

Making Light of It

Once we realize that all our efforts to become what we think is perfect pale in comparison to the perfection of just accepting who we already are, something shifts.  The Grand Cosmic Joke becomes obvious.  A sense of ease and joy emerges when we know directly, and accept deeply, the Real Deal:  We are each Bozo and Buddha.  The belly laugh becomes as relevant -- and reverent -- as the bow.  We can lighten up. 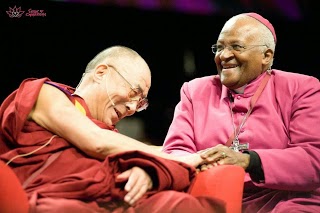 And at that point we realize clearly: This is as good as it gets -- and it's just fine. We don't have to die to go to Heaven.  This is it.  The One Love exists within and among us this very moment.

It seems rather amazing that Just Sitting Still Doing Nothing helps to open those Pearly Gates.  But it does.

Don't take my word for it though.  In fact, don't take anybody's word for it.  Check it out for yourself.  We all have the on-board equipment to determine the Truth of the Matter.