Me and My Shadow

“…feelings like disappointment, embarrassment, irritation, resentment, anger, jealousy, and fear, instead of being bad news, are actually very clear moments that teach us where it is that we’re holding back...They’re like messengers that show us,
with terrifying clarity, exactly where we’re stuck."
--  Pema Chödrön

"One does not become enlightened by imagining figures of light,
but by making the darkness conscious...Knowing your own darkness is the best method
for dealing with the darknesses of other people."”
-- C.G. Jung 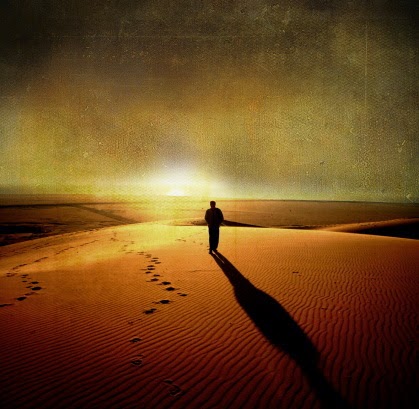 Although Mindfulness Practice will  provide many moments of deep calm and clarity -- sometimes relatively quickly -- oftentimes it will also surface a lot of feelings that we have managed to assiduously repress, deny or avoid as we scurried ahead in a materialistic society that kept us focused outwardly for fulfillment.  As we spend time in meditation, it is not uncommon to encounter moments of fear, deep sadness, anger, restlessness -- and boredom.  Contrary to what we might think, this is actually a sign that the Practice is working.  The good news is that, with Practice, we are able to navigate the more gnarly aspects of the human condition with increasing ease.

Adrift in delusions of grandeur, I sometimes joke about beginning a high profile advertising campaign for Monday Morning Mindfulness with full page bold print ads, billboards and television commercials proclaiming something like:


Besides possibly getting sued by Jon Kabat-Zinn and others, I don't think I'd get much action.   As Pema Chödrön points out, the actual process of meditation seems "counter-intuitive".  At a certain point, we decide to sit still and face what we have always fled from.  Who needs that?

Most of us do.

In fact, with Practice, we come to see that it is precisely our willingness and ability to carefully examine the nature of our own subconscious with a modicum of gentleness and ease that unlocks the Gateless Gate of Ease and Joy.  When we finally face our fear and wander down into the basement with all its ghoulies and ghosties and things that go bump in the night, then learn how to
(READ MORE)

embrace the skeletons that we've thrown in our own closet over the years, a new world opens up.  We come to see that all the aspects of ourselves and our experience that we've deemed unpleasant, infuriating, disappointing, embarrassing, humiliating and otherwise "unacceptable", can be cradled in the compassion of our own boundless hearts -- and healed. It is Transformative.

As we commit to Practice, this process unfolds not only on the meditation cushion, it also occurs in our interactions with others in a pretty interesting manner.  We find that those people who drive us crazy become some of our best teachers.  When we exhibit "judgment mind" and notice ourselves pointing the finger at someone else, we come to see that we are probably missing the point. Through the mechanism of psychological projection; the thoughts, feelings, motivations, and desires that we are unable to accept in ourselves and have repressed are often attributed to others, even though they may not exhibit them very strongly--or at all!   If we are having a difficult time with someone else, it could very well be that we ought to take a deeper look at ourselves in the mirror of Practice.

Although in the modern era this understanding of the human subconscious was developed by Freud, it goes much further back in Buddhist notions about the operation of Mind. It was also presented by Yogi Jesus, most famously as the teaching about the the mote and the plank:

Although what became Christianity seems to have been distorted long ago as the teachings of the Prince of Peace were co-opted by what became the warlike Holy Roman Empire, it seems to me that the Son of Man and the Buddha were on the same page about the One Love which connects us all.  In the Clear Light of Mindfulness, the wisdom of "judge not and ye shall not be judged" becomes self-evident. The karma is instant.  You are either are Present for yourself and others with an Open Heart and an Open Mind -- or you're not.  If you're paying attention, you'll notice. 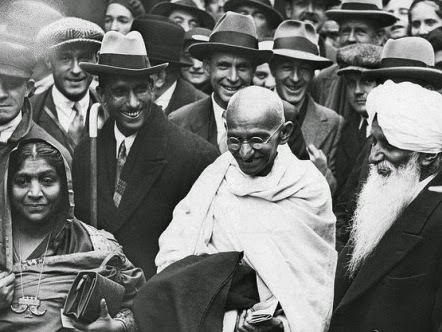 As the Practice develops, you may even have those moments where you truly do Love your neighbor as yourself because you know that person is yourself!  At that point, a walk down main street can become a stroll through the Pure Land of Amitaba Buddha or a ramble through the Kingdom of Heaven surrounded by angels.

(* interestingly, although the word hypocrite has taken on extremely judgmental connotations, it merely meant "actor" in the Greek of the New Testament, someone who was playing a scripted role, not truly being themselves.)
Posted by Lance Smith at 12:25 AM

The more often I stay in conscious mode,the less control and decisions are allowed to be made with just my mind at the helm. This protects not just my mind from wandering,but my body doesn't collect the junk that the mind would want to fill it with for comfort while IT tried to have it's way. Instead I remind myself that I am far more than a body and mind, I am a spirit. Laughter, to me, IS the best medicine. It lifts my spirit to carry the body and mind along the journey, and..... good decisions are made because spirit is connected to the higher power of positively charged vibrations bringing about good turnouts, smooth sailing, enjoying the dream of life, while rowing gently down the stream, feeling free of the constraints of a body or it's storyline of trying to tell me who I am either worrying with fear about the future, or regret/depression of the past. None of which are in the moment, so they are not my life. Which by the way is.... happening right now! I'm free! So.. I'm conscious in the moment, and loving thy neighbor as thy self becomes such a smooth flow. When I see a spirit is being crushed by the mind or influenced by the bodies junk intake, however, I am able to gaze upon all this now as 'being out of balance' with ones self. So...... (all ya need is love) expressed to someone who is 'out of balance' is all they need to lift their spirit, in turn, their spirit lifted,will take the reins and transform their mind and body. Their spirit will literary get them 'unstuck' from the mud on the stream and....as soon as their view changes in travel, they will become more engaged in an awakening life. As the saying goes 'God helps them who help themselves?'Could this be the results of just offering a caring nudge to someone. I believe so. A greater power will step up when the vibrations are in unison. Help IS always on the way. Jesus said He would be with us to the end of the ages. Ask and it is given! Consciousness is the connecting line. Well, that's how the Trinity of me works right now, today, anyway. Don't know what the tide will throw at me tomorrow, but I'll 'practice' all over again on arising, one day, one moment at a time, knowing help is always so easily accessible by being in the now.