“The only reason we don't open our hearts and minds to other people is that they trigger confusion in us that we don't feel brave enough or sane enough to deal with. To the degree that we look clearly and compassionately at ourselves, we feel confident and fearless about looking into someone else's eyes. ”
― Pema Chödrön 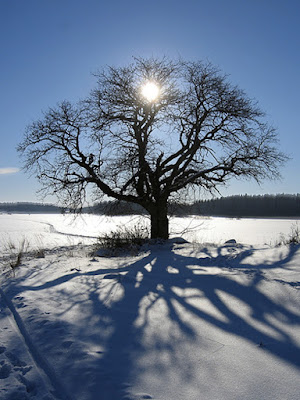 One of the things that has become more and more obvious over the years is that Reality embraces both Yin and Yang.  In this world of conditioned appearances, where there is sunshine, there is always shadow.

This becomes quite obvious when words and concepts are involved. If I designate something as "right" there is immediately a "wrong" or a "left".  If I say "up" (or even think it), I have already created "down".  In thinking about the world, it is clear:  There is a high side and a low side to everything.

After a rather passionate presentation of my personal connection to the Bodhisattva Vow here last week. (Your MMM Courtesy Wake Up Call:  Getting Down to It ), I received an email from a Dharma Buddhy of mine, Richard Holmes, questioning the practice of taking that vow.  Apparently,  a friend of his had cautioned against doing so, because the Bodhisattva Vow had become a "tremendous burden" in his life.

Although I don't know the specifics of his friend's experience, those words actually resonated deeply with my own history.  In fact, there were times over the years when my notion of the deep responsibility involved, coupled with my own personal patterns led to utter despair and profound burn-out.  Over the years, I blew a fuse a few times in my heartfelt effort to "save the world." In my quest to alleviate suffering, I had only caused more suffering -- for myself and others.

Duh.
(READ MORE)
Start Where You Are

I'm grateful to have stumbled across the Teachings of Pema Chödrön about ten years ago to discover that my personal understanding of the Bodhisattva Vow, coupled with my own wounds and dysfunction, had created the "perfect storm".  Off to "save all sentient beings",  I had totally overlooked the fact that I, too,  was one of those sentient beings.  Until I was able to turn toward my own suffering, to carefully explore and embrace my own "dysfunction" with increasing clarity and compassion,  I would continue to act as if "I" was saving "them".

It simply doesn't work that way.

When I first picked up Ani Pema's book, Start Where You Are and read "This Book is About Opening the Heart", I got goosebumps.   It only got better as I poured through the pages.

Although I was an experienced meditator, had experienced some compelling "Openings",  and could count a number of "successes" along the roller-coaster ride of my "career" in  political and social service activism, I realized that I had only scratched the surface.  The message was clear: Until I was able to discover and explore the labyrinth my own limitations and carefully plumb the depths of my own repressions and denials, I would continue to create havoc -- for myself and others.  If I were to be a truely compassionate human being, I would first need to learn to be compassionate toward myself.

This, of course, was easier said than done.

Yet, as I took to heart Chodron's teaching that Gentleness is paramount, that Great Kindness toward ourselves is essential in actualizing kindness toward others, the Practice deepened.  Over time,  as I've continued to soften and open, I have discovered -- and continue to discover -- the many ways that I have driven myself mercilessly to relieve the suffering of others when, in actuality, I was fleeing from my own grief and fear, even my own fatigue.  I discovered that in turning to "serve" others, I was avoiding facing myself!

Now, for the past decade, a meditation practice that had operated for decades to generally bypass thoughts and emotions deemed "negative" in order to remain in a "calm and clear" state has slowly and gently been transformed.   Following Chodron's teachings, I've learned to "lean into" troubling emotions and energies when they arise in Sitting Meditation, to taste them with great care and kindness.  Through Tonglen Practice, I have learned to relate more fully to the Universality of such emotions. and more and more touched the infinitely spacious and indestructible healing power of an Open Heart. 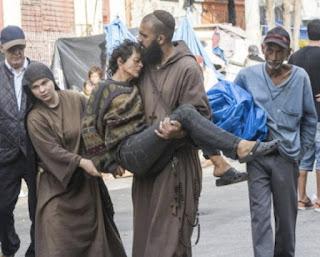 Now, as Practice has deepened, I find that I am in much better touch with my own energy levels, my own needs for rest and solitude as well.  Both on and off the zafu, what I had truly wished for others and denied to myself so often is much more readily apparent.  Whew.

I'm feeling a lot of Gratitude at this moment.

Through the teachings of Pema Chodron, I finally have a clue.  I finally have realized that I, too, am a sentient being! The Impossible Mission presented by the Bodhisattva Vow begins at hOMe, in my own Heart.  In being more fully compassionate with myself, I am more capable of compassion for others.