Getting Down to It

"Taking the bodhisattva vow implies that instead of holding our own individual territory and defending it tooth and nail, we become open to the world that we are living in. It means we are willing to take on greater responsibility, immense responsibility.
In fact it means taking a big chance."
-- Chögyam Trungpa Rinpoche


“When you open yourself to the continually changing, impermanent, dynamic nature of your own being and of reality, you increase your capacity to love and care about other people and your capacity to not be afraid. You're able to keep your eyes open, your heart open,
and your mind open. "
-- Pema Chödrön

Even in retirement, living a lifestyle that is relatively uncluttered by modern American standards, the conversation between Betsy and I has again turned toward examining a reoccurring sense that what we are up to at this stage of the journey still doesn't provide us with enough downtime.

At first glance that may seem surprising. After all, I do Sit Still Doing Nothing  -- a lot.

I meditate for an hour most every morning.  Since the heyday of #Occupy Wall Street!, I meditate with some other folks for another half hour at noon most days on the Greenfield Town Commons.  I also Sit with four Mindfulness Circles each week.   I participate in a Day of MIndfulness each month. You'd think that I'd have downtime down at this point.

If it only was that easy.

Out to Save the World

One thing that drew me to Zen and Mahayana Buddhism in the first place was the ideal of the Bodhisattva, the person who forestalls personal Nirvana in order to address the suffering of the world.  This idea resonated deeply with the inspiration I felt as a young teen with the quest of Dr Martin Luther King, Jr. and the Civil Rights movement.  A few years later, the emergence of the Anti-War movement and the anti-materialistic spirituality of the youthful "counter-culture" set a trajectory for my life that continues to this day.

Each morning I recite the Bodhisattva Vow as I finish morning meditation.   I first came across a Hippy Zen version of these four statements of commitment in Hey Beatnik: This is the Farm Book in 1974.  I was transfixed.  I got goosebumps.  In that moment, I knew that there wasn't anything better to do with my life.  (Here is a link to an on-line .pdf version of this classic work.)

By then, like many of us who were navigating our way through the confluence of Eastern Spirituality and the Psychedelic Revolution, I had experienced a number of "Awakenings."  The Most Profound One had nothing to do with anything in my bloodstream except the byproducts of meditation, breakfast, and lunch.  For a few precious moments, I had a glimpse of Our Perfect Oneness.   What had been theoretical and abstract, a belief, became totally real and tangible to me.  (I only wish I had had a spiritual mentor at the time-- or even been more inclined to listen to my friends at that point. It may have made things a lot easier along the way.  Even knowing what the bottom line is, over the years I've made most every dumb mistake possible.  LOL )

Although I have read (and recited) other versions and translations of the Bodhisattva Vows (Some of the Tibetan versions are quite poetic and beautiful), this is the passage I read that day years ago:

Excuse me.  My chest is heaving and tears are streaming down my face -- again.  I gotta go get some kleenex.  I'll be back.
(READ MORE)
Mission Impossible

When I first saw Stephan's Greyhound Scenicruiser with "Out to Save the World" displayed as the destination, I grinned.  I thought,  "What else is there to do?" I'm down for that.  In the youthful bravado we shared in the early 70's "saving the world" even seemed imminent!  The Civil Rights Act was law.  The Clean Air and Clean Water Acts were on the books.  The U.S. had withdrawn from Vietnam.  We were getting it down and getting it done!  The Kingdom of Heaven was at hand!

Now, forty some odd years later,  it's obvious that for quite a long while I hadn't really understood the nature of the Real Deal.  Although the words numberless and inexhaustible, and impossible (twice, no less) were there in plain sight, they might as well have been in fine print somewhere on the back of the contract.   I didn't quite get it.

Although I was mouthing the words each day, until the past several years, I hadn't fully taken it to heart.  The Bodhisattva Vow came with no guarantees.  As Practice deepened, I had to open my heart and mind more fully to the utter impossibility of the final and perfect enlightenment of myself and all sentient beings -- and commit my life to doing exactly that.  Again and again and again. 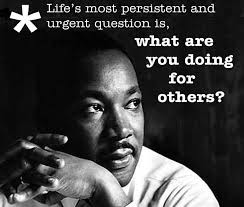 Although I can and do hold what Chogyam Trungpa called the Vision of the Great Eastern Sun in my heart, that very same heart aches with the sadness of the impossible situation we find ourselves in.  The way of the Bodhisattva is not a Hollywood version of Mission Impossible. The good guys are not always going to win the day. In fact, all any of us can do is die trying.

I'm down for that.  It tends to keep me pretty busy.

Sounds parochial, impossible, overwhelming, and like a chore one can never complete. As you say 'being down for all of it'. ....it sounds like a tall order for one spirit to navigate, as the human experience becomes increasingly more powerful with each news report.?? Sometimes remembering the words of others as a guide, food for thought, or change of 'feeling mode' gets me through the impossible without beating myself up.
Steps to finding joy; you act without effort, you feel joy in what you do, your actions bring results.
Accept what is, let go of what was, have faith in what will be. While, keeping non resistance, non judging, and non attachment in the forefront. What a trip!? LOL!
Seems the closer one gets to that jumping off age, some awakenings seem to reflect the past of a hard road traveled,and now the ability to offer up thanks for such awakenings can be brightened by the rainbow of those lessons learned.

well, that's just a thought or two.
Nice post. Thanks for sharing.

"Accept what is, let go of what was, have faith in what will be. While, keeping non resistance, non judging, and non attachment in the forefront. What a trip!? LOL! "

That's about the size of it!
One Love,
Lance