"If we are willing to stand fully in our own shoes
and never give up on ourselves,
then we will be able to put ourselves in the shoes
of others and never give up on them.
True compassion does not come from wanting
to help out those less fortunate
than ourselves but from realizing our kinship with all beings."
-- Pema Chodron,
"Lojong: How to Awaken Your Heart", Shambala Sun On-line 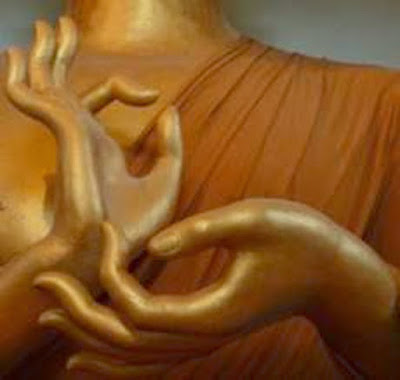 I certainly was no "newbie" to meditation and spiritual practice back in 2006.

I was sixty years old, I had practiced meditation, taken vows, lived in several spiritual communities, attended numerous intensive retreats in various traditions, and had a regular daily practice for large swathes of time over the course of 35 years.
And yet...
Although I had experienced a number of "peak experiences" over the years --on and off the zafu -- little did I know that my mind was about to be blown once again.

I had never heard of Pema Chodron when a friend handed me a paperback copy of Start Where You Are: A Guide to Compassionate Living that day.  Longtime Director of Gampo Abbey, an American student of Chogyam Trungpa, Pema Chodron had me hooked with the very first sentence of the Preface:

The Heart?
As a inveterate bookworm, my introduction to Zen had been through D.T Suzuki and Alan Watts back in the 1970's.  It was pretty heady stuff.  Somewhere in my own mind, I had locked into the notion that awakening was a matter of mind over matter.  It was all about Zen Mind, Beginner's Mind, right?
OMG! Awakening the Heart! Duh.  Something deep within me stirred.

Although I had read Chogyam Trungpa's classic works as a young man, and had spent a bit of time with Tibetan Buddhist communities in Madison WI and Woodstock NY over the years, my primary focus had never turned to Tibetan practices.  To be honest, after being drawn to the simple aesthetic of Zen, I was pretty turned off by the somewhat cluttered and gaudy opulence of Tibetan Buddhist Temples, by "guru-worship," and by what appeared to be a highly ritualistic approach to spirituality.  The relative simplicity of the American incarnations of both Zen and Theravada seemed much more in tune with my own, working-class, moderately Marxist, sensibilities.

Yet, as I poured through Start Where You Are that day, I was transfixed.  An American female monk steeped in Tibetan practice, Pema Chodron offered a fresh, accessible, down to earth presentation of the traditional Lojong Teachings of Tibetan Buddhism.  Chapter by chapter, her teachings helped me to establish a new and deeper relationships to the dharma, to practice -- and to my life.  Although many of the concepts were familiar old friends, something deep inside me shifted.

I had always considered myself a pretty compassionate dude.  I was one of the "good guys." I was dedicated to service.  I had taught school, worked with troubled youth, been a peace and social justice activist, a union activist, a mediator.  The Bodhisattva Vow had been the foundation of my personal practice for decades.
Yet, I had also struggled through a series of severe burnouts during that time.  Although the reality of our Essential Oneness was part of my own experience, it was clear.  I really didn't have a clue about navigating my way through life in a sustainable way.  I could "be there" for others.  But, I was blind to the various deep-set patterns that prevented me from being there for myself.
Ultimately, this deep, unexplored conditioning sent me into descending spirals of anxiety and depression that prevented me from being there for anybody.
(READ MORE)
In Start Where You Are: A Guide to Compassionate Living, Pema Chodron's gentle but clear insistence that we turn toward the darker emotional energies of our life, that we open our heart to our own pain, fear, confusion, etc., was a game-changer.   Although I had experienced a number of deep "heart openings" in my life, some during intensive retreats with Steven and Ondrea Levine and with Joanna Macy, they were fleeting experiences.  As powerful as they were, they didn't uncover and dislodge the conditioned patterns that a chaotic and traumatic childhood had created.
Now, as I turned the pages of this book, I was presented with the reality that I could begin to deal with -- and heal -- the layers of conditioning that had "hardened my heart" as a daily Practice.  Chapter by chapter, Pema offered a fresh and coherent "view"of life and practice, a useful language, and a systematic means of cultivating the clarity, kindness and compassion of an Open Heart --  both on and off the meditation cushion.  Her down to earth guidance regarding shamatha–vipashyana meditation was quite useful.  And the introduction of Tonglen meditation and the 59 slogans of Lojong launched me into a deeper day to day exploration of my life and practice.

Thanks to this wise woman,  I've learned to more readily recognize and let go of the incessant storylines that run through my head and the emotional energies underneath them.  I can more readily see the ego's fear- laden attempt to create a solid, secure reality where none exists -- and relax into the wonder of each new moment.

With the support of a daily practice that includes casting a Lojong Slogan for the day and silent sitting meditation, I've learned to 'lighten up" more readily, to not take myself so seriously.  Although I still stumble across my own deep conditioning at times, and sometimes really blow it, all in all my life has gotten smoother and more manageable.
Thanks to Pema Chodron, and all the Teachers and Teachings that value kindness and compassion, I find myself actually able to "love my neighbor as myself" a bit more consistently.  Nowadays, I even find myself loving my enemies -- my own demons included.

So true. Loving ourselves as we are, in the moment we're in, is the core of seeing LOVE in everything and everyone else

"...my introduction to Zen had been through D.T Suzuki and Alan Watts back in the 1970's. ..." Me as well .... What started me on my spiritual quest was Kerouac's Dharma Bums and On The Road and Suzuki's Zen Mind Beginner's Mind. During the 70's i spent my spring/summers on Fire Lookout and my winter's working in the High Arctic and in between being a beach bum in Mexico.

Wow! Sounds like you were able to contribute your own chapters to Dharma Bums and On the Road there T James -- whether you wrote em down or not. LOL

I'd love to hear more about then, and now, and the intervening decades sometime. I do Facebook, my email address is thishazymoon@gmail.com, and text/phone (847) 502 6204.
One Love,
Lance

I left left 'Fascist Facebook' several months ago and only do MeWe social network now. I have my profile 'Terry James51; Just Jazz; MoonDog Knives; and The Way. I think it is a much better venue.