"There is a vast store of energy which is not centered, which is not ego's energy at all.  It is this energy which is the centerless dance of phenomenon, the universe interpenetrating and making love to itself."
― Chögyam Trungpa
"Many of us spend our whole lives running from feeling with the mistaken belief that you can not bear the pain. But you have already borne the pain. What you have not done is feel all you are beyond that pain."
-- Khalil Gibran
I'll admit it.  These days, I'm a real softie.
Of course, it's taken me years to get here.
After all, I am a 75 year old, white, working class, cis male.  A freakin' Aries, ex-collegiate wrestler, too boot.  I launched into adult life heavily programmed by my upbringing to defend my ego at all costs.
A "little guy" at 5'2", having survived a traumatic childhood (sexual, physical, and emotional abuse, physical abandonment, time in institutional settings and foster care, etc.), "proving myself," became a full-time job.  Most of my conditioned propensity toward over-achievement, chronic workaholicism, and behaviors that ranged from unbridled argumentation to throwing objects -- and even fists -- operated subconsciously.  Even as I came of age in the late sixties and early 70's, heavily influenced by the non-violent civil rights movement, the peace movement, and Woodstock, I didn't have a clue about the nature of ego.  I didn't really know how to be peaceful -- or truly loving.
To this day, if I'm not paying attention, I still get caught up at times in those ancient patterns. Thankfully, a day in, day out, commitment to the Practice usually allows me to sense fairly quickly when the attachments that create and reinforce ego emerge.  I can usually detect the sparks of disappointment, fear, and frustration soon enough to keep them from roaring into flames.  Most often, I am able to notice what is going on, take a few conscious breaths, get in touch with my heart, and clear my head.  This usually allows me to make better choices on how and where to focus my attention, and decide what to do -- or, oftentimes, better yet -- not do,
Unfortunately, usually doesn't mean always.
(READ MORE)
On Practicing and Preaching
A couple of week's ago, I got angrier than I'd been in a couple of years. I even launched an "F bomb" at my beloved partner before catching myself.  Uncharacteristically, Migdalia launched one back.
"Uh, oh..."
Then, I just sat still for a moment or two.  My next words were much softer, but still argumentative.  I still wasn't ready.  I was still trying to make my case, still preaching, not practicing.  Migdalia, being a lot wiser then me at that moment, led the way with her silence.  She knew talking about it wasn't going to help.
So, finally, I just shut up.  I made a decision to let go of the argument running through my head --  and just feel what I was feeling.  It was intense.   Fiery ice constricted my chest and abdomen.  I was tight as a drum.
Then, I remembered what to do next.  I began to breath the torrent of confusion, pain, fear, and anger directly into my heart on the next breath, and relaxed, opened, and released the energy on the next out breath.  I just sat there.  Breathing in.  Breathing out.
Neither of us said a word.
In the past, the silence would have driven me utterly bonkers.  I would have been propelled to continue to "make my case."  Thankfully the past decade of Tonglen Practice made just sitting there and allowing myself to feel pain and fear not only possible, but preferable.  I knew that beyond my ego attachment to "being right" and otherwise getting exactly what I thought I wanted, there was a deeper truth, a deeper connection possible.
Migdalia, once again led the way.  She just cued up the movie we had decided to watch.
Later, after the movie, I attempted an apology as we began to prepare dinner.  Obviously, I wasn't ready yet.  It came out immediately followed with a statement about her "F bomb."
Duh.
Thankfully, she was gracious.  She let that slide.  We shared a meal, mostly in silence, before retreating to our separate corners of the couch to read.  Then we said goodnight, pleasantly enough, and went to bed.
By the next morning both the prosecution and defense (the two sides of the same coin of ego) had rested.  Standing in the kitchen, almost exactly in the same place that I had attempted the first quasi-apology, I apologized for real.  Migdalia, bless her heart, was Migdalia.  The judge didn't even show up.  Case dismissed, we shared tears and embraced.
Sometimes, it just takes time.
The Theory and the Practice 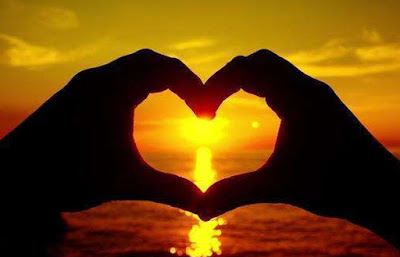 I remember reading in a textbook somewhere long ago that Buddhism was a pessimistic, and although atheistic, an unwordly philosophy meant for renunciates and recluses.
I can certainly see how an academic, having stumbled across a treatment of the life and words of Buddha presented by other academics, can come to that conclusion.  A prince giving up a kingdom to wander around with a begging bowl proclaiming that "life is suffering," everything is impermanent, and that there isn't any "soul" can certainly sounds pretty damn negative.  That's especially true if you don't get into the fine print -- or Just Sit Still long enough to examine for yourself how your heart and mind operate.
Yet, if you do, over time, Reality asserts itself.  You see how it works.  It all makes sense.
In fact, if you are lucky enough to make Practice the central commitment of your life, it not only makes sense, you touch directly what lays beyond the self-absorption of your own personal conditioning.  There, Life itself opens your heart -- and completely blows your mind. The One Love that rings silently within and beyond space and time is no longer just held as a belief.  It becomes an experience.
But, don't take my word for it.  See for yourself.  It just takes Practice.
Remember:  Be Still and Know: A Day of Mindful Practice on ZOOM, Sunday, April 18
More HERE.
Posted by Lance Smith at 5:19 AM

I love your vulnerability Brother!

Very well spoken on the anger and pain one might feel when we may be in the wrong. Taking time to cool off and not think about the argument at hand can definitely put things into perspective. This was a great read, thank you Lance.

Thanks for the kind words, my Unknown kindred spirits!
🙏❤️